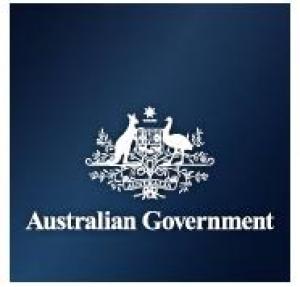 Australia’s immense public service has been told to pull its head out of the ideological clouds and instead focus on supplying the everyday necessities of life such as water and power, however tedious these tasks are, points out our Australian correspondent.

When Australia’s prime minister Scott Morrison told the nation’s public servants to be more diligent in serving Australians he was delivering a message to the bureaucracy to concentrate on essential if rather dull services instead of being distracted by and dissipating their energies on the pursuit of ideals.

The message to cease being diverted by causes was only lightly encoded by Mr Morrison in terms of the public service imperative of looking after everyone instead of activists of various descriptions, the “noisy lobbyists.”

This was reinforced by his call for public servants to cast their efforts and concerns beyond the “bubble” which is the Australian colloquialism for the political class concentrations described elsewhere as “beltways.” In the line of fire is the public service’s preoccupation with climate change lobbies which exert a strong and distracting pull over the imagination of the bureaucracy’s administrative class.

This influence and the corresponding misjudgements induced are directly associated with the fall of federal premiers Julia Gillard, Kevin Rudd, and Malcolm Turnbull on the two occasions in which he sought to straddle the climate lobby. More recently still Labour’s Bill Shorten lost the “unloseable” general election seeking to appease the lobby with open ended promises. Mr Turnbull especially saw the issue in quasi messianic terms.

Only now are Australians realising that during his premiership and at a time when Darwin’s port was being transferred to Chinese control that a public sum of money equivalent to the Darwin acquisition price was ex gratia placed at the disposal of Queensland climate friendlies.

The shift of the bureaucratic administrative class in Australia and throughout the Commonwealth, the one based in London, toward activist-grade ideology can be traced to the election of Donald Trump. This by itself was not enough to trigger the ensuing intensity of the Commonwealth administrative class partisanship. President Trump’s rubbishing of the Paris climate agreement was followed by his overt support of Britain crashing out of the EU.

His trashing of these two bureaucratically-driven and covenanted transnational creations ensured that a cross-section of the administrative class everywhere set out to do everything it could to capsize president Trump’s hegemony.

It was now that it found its instrument of retaliation in the form of climate change which had mutated from a scatter of alarms such as food miles and peak oil via the greenhouse effect and global warming through to a status as an exalted and inclusive rallying call for the high-minded.

As recently as two years ago the dominant issue in Oceania for Australasia was the practical one of the supply of mutton flaps from New Zealand and the ensuing diabetes amid the island population. The issue now could not be further removed. It is now one of cash endowments and the gigantic enabling financial transfers which are conducted under the climate change banner.

The prospect of the not-so-quiet American president securing another four years to indirectly influence the lives of Quiet Australians, as they are described by premier Morrison, enrages and inflames the politico-media class.

Australia has an unusually high percent of its workforce in the public employ and it is considered to be in the 18-20 percent range. In the event, the premier’s words can be seen now as extremely focused. The warning is aimed at the rapidly expanding branch of governmental service in the policy and advisory category, the realm of researchers, analysts, and officials especially those in the diplomatic category.

Australian prime minister Scott Morrison has fired a warning shot across all their lofty brows. He has told them to pull their heads out of the ideological clouds and do the work that they are paid to do 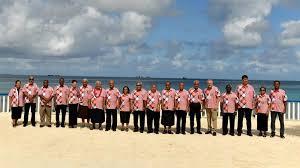 Who knew what and when? Asks our Australian correspondent

If Australia’s federal exchequer had a spare half billion or so dollars sloshing around in the vault, might it not have been a better idea to use it to secure the ownership of the strategic port of Darwin instead of earmarking it for a vague investment in Pacific islands aid; aka climate change?

The government’s willingness to allow the port of Darwin to end up in China’s control for want of the same amount of money it has just topped up in the name of climatics its existing billion dollar contributions to Pacific islands welfare is just one of the bizarre outcomes of the recent Pacific Islands Forum in which Australia must surely have learned the lesson that virtue is not its own reward.

No government on the planet on a population basis has such a comprehensive foreign service as Australia’s, yet in regard to the Tuvalu meet the nation still gives all the signs of walking around in the dark.

Was Australia not warned for example by its high commission in Wellington that the dominant Labour wing of New Zealand’s governing coalition is doctrinally compelled to see everything through a climatic filter?

What about the equally comprehensive United States embassy listening post in Wellington?

Did nobody in Wellington or Washington, or, at a pinch, London, convey the message to Australia about the true nature of the reception that was building up for it at Tuvalu?

How was it that with China’s known expansionary designs on the region and especially so in regard to Port Moresby, was Australia still allowed to wade into the Tuvalu brinkmanship encounter believing that it was dealing with a compliant “family?”

Did nobody know, and then let it be known, that China has associate membership of the Pacific Islands Forum?

And so it goes on. More questions than answers with the only certainty that there will be no answers.

The episode has hallmarks of the end product of a western and certainly Westminster zone intelligence breakdown.

Intelligence has just one single purpose and it is to avoid surprises.

Australia, with perhaps the single exception of Canada, is the Commonwealth nation most closely aligned with method and order. In other words, planning.

Yet it wandered into the Pacific Island Forum exuding paternalism and blind to the fact that its “family” members were ready to lynch it, and had, unseen and unheard, carefully laid the groundwork in preparation for the shakedown.

There are though in fairness several explanations.

One is that the parties involved knew what the true agenda was at Tuvalu and decided to let Australia do a walk-through to draw the sting, and also with the additional purpose of disguising the existence of embedded sources of information.

Still another explanation is that Tuvalu was a pre-arranged pantomime set piece.

One designed to let the island leaders reinforce their own base by showily letting off steam at the expense of a well-intentioned Australia which as the world’s 13th largest economy could happily absorb and sustain a bit of a pasting.

In the normal string of events the ensuing unintentional comedy about gagging piety from New Zealand with socks, followed by island survival through Australian fruit picking would have reinforced pre-knowledge and thus these let-it-happen explanations.

As it is the train of events leading up to this Pacific Islands Forum indicate that the course that the meeting in fact took came as a surprise.

This is just because the seriousness of the evolving alignments, the ones involving China, would have been considered too critical to accommodate such tactical show boating, letting off steam.

Federal prime minister Scott Morrison’s current and subsequent exhortation to Australia’s public service to sharpen up its footwork and to focus on Australia as a whole instead of on sector interests may or may not be connected to events in Tuvalu.

The determination though of Official Australia to continue to refer through gritted teeth to the now unruly Oceania archipelago as “family” carries new weight just because in real family life the head of the household is so often the last to know…….. 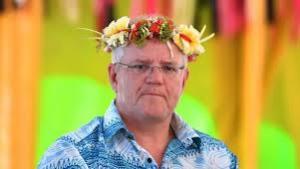 Island Leaders applied concise and concerted use of linkages

Big hearted Australia in the end got the slap in the face reserved for all generous donors when a more powerful and deeper-pocketed benefactor materialises.

After its immense contributions to Oceania topped up by a half billion dollar bonus, Australia’s premier Scott Morrison was bluntly told by Pacific leaders to shut down its coal mines, the source of its open-handedness, writes our Australian correspondent

Australia’s premier Scott Morrison maintained his stony fixed smile as he and his country were publicly put in their place and compelled to coldly digest the resentment that beneficiaries feel for their benefactors when they have reasons to believe that they are no longer dependent on them.

Nothing fades more quickly than gratitude but the awkward events in Tuvalu unrolled against a background of several shocks hardly yet understood in Australia, and even less understood outside it.

Shock Number One. The discovery that Australia’s back-door the port of Darwin had been leased to the Chinese for 99 years.

Shock Number two. The revelation that China was standing by to securitise and otherwise assume the debt of Papua New Guinea.

Shock Number three. The loss at the general election of Bill Shorten’s Labour Party which was considered by the political class unbeatable due to its climate change at-any-cost policies.

The lease of Darwin’s port and its delayed discovery is explicable only in the context of Australia being the world’s most over-governed country. It has in fact 14 houses of parliament. So the much-quoted belief that the nation at large discovered the lease deal only when a quiz question on national security was broadcast carries a degree of truth.

The utter conviction in political class circles in Australia and New Zealand that Labour’s Bill Shorten would win the general election under the climatic banner was behind much of the trilling from New Zealand premier Jacinda Ardern to the effect that Australia had to “explain” itself to Oceania and in addition “take responsibility” for its coal mines.

What actually just happened in this story book Oceania setting was the presence of two elephants on those coral strands.

On the one side there was China yearning for the Oceania atolls and their gigantic economic zones.

On the other side the United States and its proxy Australia.

Napoleon said “Let China sleep; when she wakes she will shake the world.”

What nobody on the Australasian side had anticipated was that China would island hop quite so quickly all the way to the South Pacific and its atolls with their hitherto undervalued vast maritime jurisdictions.

No wonder the chieftains of this far-flung pattern of islands simultaneously discovered and flexed their new found muscle and did so under the code word of coal.

Their concision, precision, and unanimity in levering the advantage presented by China, coupled with their swift grasp of the encoded significance of the word coal was a lesson to diplomatic-governmental practitioners everywhere.

Compare the clarity of action of the Pacific leaders with for example the display of bumbling and fumbling, leaking, and general dissonance displayed by their counterparts in their efforts to extricate Britain from the EU.

Information is power, said Sir Francis Bacon. Once again it is here that the Pacific leaders had the edge, unlike, say, the Australians who collectively only in the last week woke up to the fact that they no longer owned their key northern China-facing defence port.

The Pacific leaders knew they were being handed a bargaining ace and more importantly still, they knew when and how to play it.

Their firm diplomatic professionalism was a lesson to the unready Australians with their touching belief in enduring gratitude, and also to New Zealand equipped with its anticipated statements to the effect that it was on the side of the angels.

Still unacknowledged by either of the somewhat disarrayed Australasian participants in the landmark forum remains the way in which the Pacific leaders understood and applied the techniques of divide and rule.