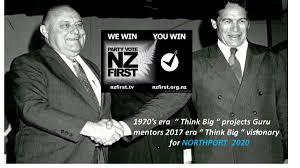 Winston Peters and his NZ First Party evaporated in the general election simply because he departed from the teachings of his guiding light, the late National Party prime minister Sir Rob Muldoon.

It was Muldoon who inculcated Peters with the principle of avoiding entanglement with any exotic ideology or doctrine and to always put the practical needs of New Zealand first, National Press Club president Peter Isaac told the Wanganui Club.

In the event Mr Peters and his party had become inexorably enmeshed in climate doctrine and this perceived entanglement only intensified as Mr Peters had sought to minimise the association by taking a bet each way, Isaac in the immediate aftermath of the general election told Wanganui Club members.

It took the form of triangulation, hedging, and meant that NZ First became reluctantly yet utterly and unwittingly mired in the ideology, notably as champion of the “billion trees” planting campaign.

The tree planting scheme was designed to appease NZ First’s Green and Labour coalition partners and at the same time demonstrate to the productive sector that NZ First was still behind them.

In the event the productive sector saw it as NZ First acquiescing in a Green ploy to gobble up grazing land in order to eliminate cattle and sheep.

Warnings later on from Mr Peters’ right hand man and now ex Northland MP Shane Jones that resurgent Greens meant a “tsunami from hell” for farmers only accentuated the question about what Mr Peters and his party were doing in harness with the Greens in the first place.

A few months after this public posturing the true “extinction” threat the Covid -19 virus swept in from China.

It was unforeseen “and nobody wants to talk about this” by the very global agencies before which the coalition government demonstrably prostrated itself.

In addition to this obeisance the coalition disbursed immense levies in order to receive real, actual emergency alerts instead of fanciful self-serving ideological ones.

Mr Peters at the start had believed that he could weave his way around the booby trap presented by the climatic ideology without actually becoming identified, smeared with it.

He misunderstood the way in which climate was viewed by the Labour Party as a unifying doctrine, and one to be given the maximum emphasis at every opportunity, notably by the coalition’s deputy prime minister – Mr Peters himself.

This was especially so in Mr Peter’s additional portfolio of foreign minister in which he found himself obliged to emphasise and even give priority to the climate ideology in all his dealings with foreign governments about anything at all.

Rob Muldoon had warned the young Mr Peters at his political career outset to avoid abstract foreign doctrines and to concentrate only on what was good for New Zealanders, hence NZ “First.”

Mr Peters’ role as the hero of the nation’s wealth earning sector and thus the older sector of the population that created and sustained it was damaged from the inception of the Labour-led coalition by the abrupt ideological ban on oil and gas exploration.

Isaac went on to describe Rob Muldoon as a green-compatible politician and one dedicated in policy terms to bio diversity.

His negotiation of the Clyde dam had made New Zealand 80 percent power renewable. Muldoon’s support of the wine industry had put it on the global map. He was responsible for the Kiwifruit Licensing Authority and consistently shoved horticulture to the forefront. He was a fellow of the Royal Institute of Horticulture.

Isaac said that the departure of NZ First from Parliament with its vote ranking with that of start-up parties marked the extinction of Rob’s Mob as the Muldoon faithful were known.

He sheeted home the collapse of the NZ First vote to the attempt to blend reality with ideology and the mixed messages that this formula generated, especially the one to the effect that the party of everyday people had abandoned them in favour of the cultural elites.

“While you might not have agreed with what Rob was saying, you were in no doubt what he was saying,” concluded Isaac. 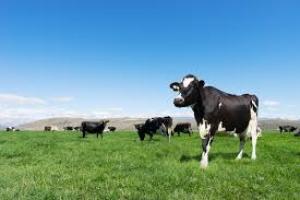 United Nations success in inducing a lacerating self-guilt among New Zealand activists has relegated the nation’s total dependence on agriculture to a mere side-issue in the pending general election.

Farming for United Nations- sponsored financial credit instruments means that immense swathes of productive farm land are under replacement by forestry for the purpose of global emission offset gains.

The United Nations sponsorship means that foreign owners under this scheme can acquire land without encountering New Zealand’s once powerful Overseas Investment Commission.

In fact, only half of one percent of New Zealand is built up. Grass like trees absorbs carbon dioxide in order to grow.

So New Zealand, heavily forested anyway, can process all its own carbon dioxide in what used to be known as the carbon cycle, before orchestrated hysteria overtook the nation’s agri science.

Those using the UN-induced climate fervour to acquire New Zealand farms are doing so in order to use the farms as a countervailing sink to the pollution they are generating in other countries.

Neither is there any guarantee that these forests will ever be harvested.

This is at a time when United Nations is forgiven, and even exalted, for the way in which it has wrought such havoc on New Zealand, a country in which the only economic advantage is that grass grows all the year around.

When the real emergency which turned out to be a viral one actually swept the world United Nations whose job it is to warn of such pandemics merely responded to it instead of predicting it. Neither did United Nations have in place any plan of action to deal with a SARS type plague even after at least two recent near-pandemics.

A feature of cults is that the followers consistently forgive their cults for unrealised prophesies. Neither United Nations nor the silly New Zealand municipal councils that last year proclaimed the UN State of Emergency have apologised. Not to anyone.

Meanwhile as foreign buyers acquire once closely-guarded farms the UN-guided activists take every advantage of New Zealand’s drift away from STEM education in emitting clouds of confusing percentages and decimal fractions to back up their fervour.

The Opposition National Party and the once-powerful agri lobby Federated Farmers can only dance around the United Nations fearmongering.

New Zealand agri scientists find their input blocked under a regime which cuts off state institutional funding should these bodies challenge the UN doctrine.

Retired scientists, even New Zealand’s world authorities, find their voice subsumed under, for example, that of various the saints in this UN-inspired cult.

One is Britain’s David Attenborough former presenter of a television programme called Zoo Quest about trapping wildlife for zoos, and who later became a broadcasting administrator.

The UN’s hypnotic grip on the politico-media sector has meant that throughout the Covid crisis, a real one this time, this influence sector has given priority to wrestling back onto the agenda what it sees as its central doctrine, the climate one.

Readers of chain newspapers for example interested in lengthy features on the imperative to find a vaccine found the vaccine in question intended not for humans but for ruminants as an antidote to climate-altering flatulence.

Since United Nations began its focus on nurturing activist causes it has found some little-talked about cravings of the New Zealand psyche to be easy prey for its urban-centred propaganda.

Foremost among these is the New Zealand desire to be viewed as the international leader in any moral cause at all, and to be seen, and admired, ascending to this moral high ground. The words “to be seen” in this moral ascension are critical.

United Nations has pretty much taken over the role in New Zealand once held by established religion, and even the nation’s political – public sector – industrialist Establishment itself.

United Nations bungling most recently in the matter of identifying the wrong crisis and then having no contingency in place for the real disaster, Covid -19, has been deliberately overlooked in the single-minded determination of many politicians to garner its approval, regardless.

Another worrying by-product of this obsessive quest for the UN’s approval is the existence of an only partially disguised official belief that slips out from time to time to the effect that farming which provides 80 percent of the nation’s wealth is a sunset industry, a relic of the industrial era.

This belief is encoded in the uttering. An example is New Zealand government coalition components regularly proclaiming what they describe as the nation’s “bio-diversity crisis.” Translated, this means in fact eliminating cattle and sheep farming.

This is the very industry that has insulated New Zealand from the worst economic effects of the Covid “crisis” the one that United Nations failed to foresee or know how to handle when it erupted.

State television in New Zealand routinely entertains its audience in showing religious zealots in other nations bloodily flagellating themselves in pursuit of a self-cleansing nirvana.

Yet as the nation prostrates its economy in order to meet a New York centred purity cult, the UN one, nobody dare point out the similarity.