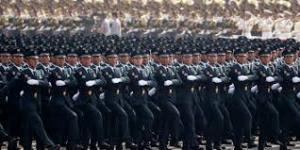 Canberra and Wellington Awkward exhibitions of Righteousness generate only contempt

China does not change. But the perceptions of it do. In recent weeks attempts by liberal democracies in Australia and New Zealand to influence China via governmental morality signalling mechanisms have had diametrically the opposite effect of the virtuously-anticipated outcomes.

In Australia the government instituted charges against its soldiers for alleged war crimes in Afghanistan and in doing so ensured that pictorial evidence of several supposed incidents was made publicly available to support these accusations.

While this display of frailty was going on the New Zealand Parliament declared an official “Climate Emergency,” on the grounds of its mathematically barely definable contribution to what it believes is the imminent end of the world. Proudly proclaimed was the imminence also of various productivity handicapping measures in order for the nation to be seen to be coping with this dogma, as it is viewed in Beijing.

Where there is a weakness the Chinese are taught there is but one response which is to exploit it.

In academic life in Australasia there has been enacted a singularly visible application of the law of diminishing returns in that the greater the investment in China studies the greater has been the misunderstanding of the Chinese ruling mindset.

Lessons in the real world have been costly.

A recent example in New Zealand was the Fonterra dairy company dispensing with its usual exchange trading procedures with the Chinese and instead embarking on a western business culture investment in a Chinese dairy company.

The result? An only partially explained loss to the New Zealand dairy cooperative of approaching a billion dollars.

The Chinese are taught their own equivalent of the expression which adds up to if someone throws a pebble at you, then you must retaliate with boulders.

The Chinese know how reticent are the purity proclaiming political leaders when they learn that they have been finessed by the Chinese. An example remains Melbourne’s proven vulnerability via its once eagerly sought status as a terminus of Belt and Road.

Nations scourging themselves for the sake of global approval and in doing so strangling their economies simply bemuses Beijing which has no intention of interrupting its own forced march to resuming to its historical position as the Middle Kingdom which means, and this is little understood, the commanding nation that all others turn to.

As they pose and strut their moral stuff Australasian politicians play to an empty audience as far as Beijing is concerned.

The trade dependence on China of nations such as Australia and New Zealand is most definitely not regarded in Beijing as representing the noble ties of economic brotherhood or sisterhood.

Beijing merely regards the trade overweighting as another example of the haphazard planning that opens the way to China’s resuming what it sees as its role in the middle of absolutely everything.

Chinese language schools abound. Yet comprehension of Chinese is given low priority in the host countries even though Chinese shares a number of characteristics with English as an analytical language based on word positioning.

The Chinese are still recovering from the shock of losing their ancient position as the world’s most civilised and advanced nation and worse still losing this position and eventually becoming colonised through their own internal chaos.

When they see western leaders such as the ones in Australia and New Zealand exhibiting raptures of righteousness in attacking their own institutions such as the military or the wealth generating economy the impression received is one of dithering and uncertainty, and of unreliability that could lead anywhere.

As Australasian leaders expound their ethical superiority for the benefit of the international community there is one member of this same community which interprets these performances as symptoms of lack of resolve which at best represent short term diversions used to paper over internal divisions which Beijing has every intention of taking advantage of.