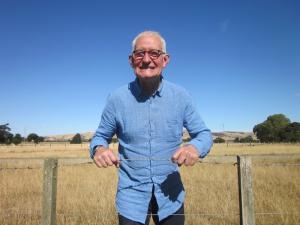 Anglo-New Zealand artist Derek Cowie has categorised the nation’s art scene as one in which practitioners without even realising it bend their output to the demands of a top-down patronage system.

The reliance on patronage led to a passivity in which the artistic purpose of igniting discussion and debate was now submerged in an obedient quest to conform.

Art, he insisted, should invite controversy, and not by-pass it.

Mr Cowie’s art is renowned for its depiction of the tribulations encountered by everyday individuals and especially the damage inflicted on tem by what he describes as “neo-liberalism.”

This refers to globalisation and the way in which it has undercut the earning power of all but a few New Zealanders.

Mr Cowie was engaged in Britain as an applied artist during the 2008 great financial crash and then stood by as those he describes as “criminals” were then bailed out by the very working people whose trust they had abused.

Worse than this Mr Cowie explained was the way in which these same malefactors after some “token contrition” went about restoring their lavish way of life complete with their bonuses.

On top of all this points out Mr Cowie was the way in which this was conducted openly and without condemnation from the very parties that exist to illuminate such behaviour such as artists.

It was then that he realised that instead of revealing and exposing “elitism in all its facets,” artists were walking hand-in-hand with it.

In his exhibition which opens on March 12 at Wellington’s Page Galleries Mr Cowie (pictured) will quite literally illustrate all this in the vernacular and with a broad brush that will feature too his distrust of contemporary agricultural practices.

These include the overworking of the land and some swipes at the seemingly unchallengeable state-sponsored procedure of planting billions of non-indigenous trees notably the quick-growing pinus radiata variety.

These he claims exhausts the land while handing it over to giant corporations which alone recent experience shows can handle the fluctuations in demand.

Mr Cowie was for many years associated with the late Peter McLeavey often considered the signature New Zealand gallerist and art dealer of his era.

During his years in London he was behind the scenery of Little Dorrit a joint BBC-PBS series. He was similarly engaged on another BBC drama Desperate Romantics, centred on the pre-Raphaelite movement.

He rubbed shoulders with such Hollywood types as Johnny Depp and Dustin Hoffman while responsible for the backdrops on Finding Neverland, the Peter Pan extrapolation.

On Revelation 2001, an archaeological drama, he found himself working alongside such British figures as Terence Stamp.

He is also known for his murals, notably in the Gielgud Room of the National Theatre.

.Meanwhile Mr Cowie observed that the conformity he perceived now in the arts in New Zealand was often encouraged by a pervasive fashionable and institutionalised collective sharing and exhibiting of the same opinion about the same things – mass tree planting was just one example.

The move to follow fashion had coincided with the growth and the reliance on artistic patronage.

This in turn meshes with the same artistic conventional drift and with the common purpose of ensuring that what was not upset was the apple cart of conventionally acceptable attitudes.

Art, by definition, must tread dangerously, where the conventional fear to tread, he proclaimed.