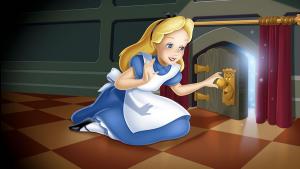 "The question is," said Alice, "whether you can make words mean so many different things?”

Constant repetition by climate campaigners of words signifying conceptual disasters of great magnitude debased these words and diluted their meaning and their impact to the point at which when taken up by Fleet Street they failed to deliver the required message in the event of a true calamity, the Coronavirus one.

Peter Isaac the president of the National Press Club conjectures that initial warnings about the damaging effects of Coronavirus were blunted and lost impact just because so many of the words used were associated with moral cause propaganda rather than with an actual disaster such as the present rampant viral contagion.

Isaac rated as the “three horsemen” of the climate movement word bending apocalypse as being these words: crisis, emergency, and extinction.

The outrider of this trio was the word dying.

This word routinely applied by the climate change movement and then taken up by the media remains an encoded way of describing the failure of western society to do anything about the alleged changing climate with the result that people were perishing, “dying.”.

The confected alarmism structured around these re-purposed words had its Commonwealth genesis in what Isaac described as only several members of what was once known as the Fleet Street “quality” newspaper category.

The word-bending constructions now assumed what Isaac described as a “royal charter” of approval though usage in one of the qualities, a kind of Stamp of Good Housekeeping.

They were now taken up by public broadcasting, embellished with a gravitas of delivery, and then after gathering additional credence with every mile they travelled from London were reiterated in Australasia.

Isaac originally drew attention to this problem in www.nationapressclub.org.nz and did so with particular reference to what he saw as the proneness of several Australasian newspaper chains to re-iterate the London-sown propagandised vocabulary and terminology.

The latest report from Britain’s Social Mobility Commission demonstrated that in spite of industry sector vaunted and much proclaimed “diversity” that in fact journalists are increasingly drawn from a privileged and university educated background that added up to a sameness of outlook.

The university common room bias was more insidious in public broadcasting because of a much stated impartiality and also because audiences were less aware of the socio-economic human forces behind the constant weaving-in of the theoretical climate “crisis, emergency etc.”

Curiously, noted Isaac before the climate syndrome mutated into one of “change,” it had been labelled as one of global “warming.”

In the event the Coronavirus threat was said to be reduced in a warm climate, while flourishing in the cold weather. A reversal of a popular notion that germs multiply in the heat and get killed off in the cold.

Isaac said that journalists now describe their vocation as a professional one and as such should be expected by the public to use words correctly.

The calling, he said, having robed itself in the mantle of professionalism must be seen to treat moral movements for what they were and do so by putting their propaganda and slogans into context rather than re-iterating and transcribing them as matters of fact.

Journalism whether trade, craft, vocation, or profession was now made up of graduates who had a duty to clearly define for their audiences the difference between a theoretical environmental global alarm and an actual, real-time one, the real thing.

Journalism had not attained its homogenous graduate-grade professionalism without “growing pains.”

The main one was that the elevated journalistic practitioners, seasoned as they were in academic theory, sought as a counterweight to position themselves as contemporary tribunes of the plebeians, as representatives of everyday folk.

It was now in this tangled skein of confused values that flourished the agenda masquerading as reporting and requiring the bending of words to accommodate this duality.

Isaac is the author The New Gobbledygook, and The Bureaucrat’s Survival Guide to Workplace Jargon. 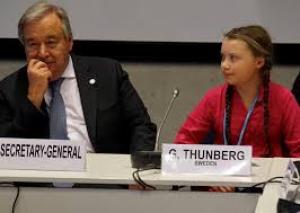 The progressive political class’ unquestioning adherence to the United Nations fixation on man-made global warming as the existential threat of the era can be viewed now as being at the expense of considering an actual global scourge such as the present Coronavirus one.

Why was it that the United Nations agency World Health Organisation started talking about the insurgent virus at the same time as everyone else?

Why is it that western governments even now are so frightened to support Taiwan’s membership of the World Health Organisation?

Taiwan, otherwise known as the Republic of China, has long warned of the vulnerability of mainland southern China to exactly the type of contemporary plague as the Corona virus.

Taiwan has long run a campaign for admission to WHO just because it is in such a favourable position to give early warning of these outbreaks.

Its membership of WHO is consistently vetoed by China.

OECD governments meanwhile are loath to admit the way in which United Nations spun them into a near-total preoccupation with global warming, currently encoded as climate change.

Global warming/climate change with its refrain of being caused by developed nations in a few short years became the catch-all cause of western political thought and it also doubled as the central mechanism for the United Nations purpose of transferring wealth from the developed nations to the undeveloped ones.

The extent to which the United Nations focus on the theoretical catastrophe posed by “climate change” to the exclusion of the actual threat gathering in China in the form of the Coronavirus contributed to the present plague will never be known.

Now that the actual threat has made itself manifest the governmental sectors and their accompanying media which became drawn into the United Nations-encouraged climate hysteria, are naturally reluctant to admit their cupidity.

This school room climate exciteability peaked at United Nations in New York last year and a channel for amends exists in the form of UN member nations to insist that Taiwan becomes a member of the World Health Organisation.

These governments lulled into compliant complicity by the feel-good climate panic must recognise that they comprehend the current existential, as they would describe it, threat and they must do this by replacing their climate clamour with one to admit Taiwan to the World Health Organisation.

Curiously China will not be the only obstacle to this.

0pposition will come from the Western progressive political class that became so invested in climate change and the United Nations version of it that any renunciation of it, however, partial is seen as threatening their very existence.

United Nations meanwhile will similarly stonewall about its failure to give early warning of the mystery illness and its contagion capability just because this very contagion exposes the flaws in its bedrock globalisation doctrine.

Neither will the English-language media, notably the public broadcasting systems, question for example how the World Health Organisation, based as it is in Switzerland, ground zero for international pharmacy, failed to at least identify the inherent danger of a concentration of pharmaceutical production in vulnerable countries.

The Coronavirus outbreak and the failure of United Nations and its agencies to give adequate early warning of it now illuminates the perils of unquestioning devotion by the political class to a monolithic transnational body such as United Nations.

This type of unquestioning faith has been particularly evident in the anglosphere in Australasia where in the past decade entire general elections have been pivoted on a perceived climate threat and where the oldest-established media chain, Fairfax, has outlawed any material running contrary to United Nations doctrines on climate.