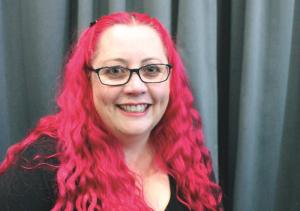 Microbiologist Siouxsie Wiles publicly advocated the required national response to Covid-19 and at the same time estimated the effect of this response.

Having nudged the nation toward sidestepping the worst of the virus the clinician has taken on the power of making uncomfortable the very people who should be grateful to her.

Phillida Perry’s documentary Siouxsie and the Virus www.loadingdocs.net/Siouxsie intriguingly taken up by the New Zealand Herald has taken the scab off this undercurrent and will ensure that the bizarre outcome will remain a suitable case for study.

In the event Dr Wiles entered the Covid-19 debate when casualties were being forecast in tens of thousands.

Her widely publicised forecasts turned out to be correct and having successfully in advance calibrated the deadliness of the virus and how the nation could sidestep all but its fringe effects Siouxsie (say it “Suzy”) Wiles could have expected to have been elevated into the pantheon of respect and admiration reserved for New Zealand’s over achievers in a few other fields of endeavour…..sport and the accumulation of wealth, for example.

Instead she has become the epicentre of another type of viral attack, the electronic variety, in which she is pilloried for having spoken out in the first place.

Had she been a political scientist then few doubt that Miss Wiles would now be accorded adulation of the type accorded to women who stick their necks out and that she would be receiving much institutional covering fire and protection.

Miss Wiles who is married with children has trade mark flowing pink hair of the variety often associated with fair grounds.

The infectious diseases transmission specialist is of a fuller figure with a round youthful cherubic countenance and dismisses her own startling appearance seized upon so avidly by her trollers as evidence of sorcery and witch craft and self-deprecatingly says she is merely “fat and middle-aged.”

There the matter might have rested had not the New Zealand Herald taken up the documentary which illuminates the darker underside of human nature and the smouldering envy and corresponding resentment detonated in so many breasts by the achievements of someone such as Miss Wiles with her dumpy figure and candy-floss hair-do.

A salient point is that Dr Wiles cannot dispense with social media and thus the trollers just because her brief is in communicating public health imperatives in the causes and the effects of an insurgency such as the Covid plague.

This expertise was why she was recruited in the first place via Edinburgh and Oxford Universities and Imperial College.

The trolling connected with Miss Wiles has about it characteristics often associated with quite a different moral stereotype to the ever-present generalised social injustice one.

This is not the routine drumbeat of the social justice signallers with their ready access to mainstream mass communication.

This is a new claque that has found a common voice and a common target. It is composed of those who find it hard to reconcile the purple-haired clinician’s eminence in relation to her otherwise ordinariness.

Their message to the clinician? If you are so smart, why don’t you go home?

She has shifted and diversified the paradigm of the outrage industry by showing how quickly it can reframe itself from signalling generalised injustice to a contemporary fixation on someone who rises above the noise level and also what is seen as their station.

The lesson of the niche Siouxsie as Sorceress unease boils down to the perils of being different.

In this new and still less obvious sullen electronic chorus there lies a much deeper and more personal signalling bubbling up of resentment and envy.

This devolves onto the “issues” many have here with internationally qualified scientists who break their stereotype by becoming public figures.

As an expert in transmission Dr Wiles must be contemplating her own transit from that of laboratory scientist to high profile public cultural touchstone, icon for some, witch for others.