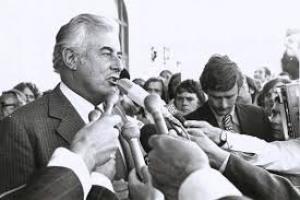 Because only a serving public official can be impeached the former president’s accusers will have to discover hitherto hidden constitutional prerogatives in order to legitimise their case against him.

Capitol Hill impeachers must first somehow identify the former president as a current public or federal official. Only then does he become impeachable, stoppable. The notion of a retrospective impeachment has no precedent.

Impeachment crossed the Atlantic with the Pilgrim Fathers. It is derived from the old Norman English word meaning to stop or otherwise impede. “Empechement” still means in French to impede, hinder, obstruct. To be impeachable a person must be engaged at that time in the service of the public, be an official.

The element of intent could arise. Trump anticipated this in his farewell declaration that he intended to return only “in some form.” When questioned about his plans he responds vaguely about doing “something.”

The Capitol Hill case against Trump is a narrow one even baseless in that the former president’s accusers seek to disqualify, evict him from an official post that he no longer holds.

At some stage the army of Capitol Hill attorneys will discover the most astonishing impeachment in modern times which occurred in Australia when in 1975 governor general Sir John Kerr exercised reserve constitutional powers in the abrupt dismissal of the nation’s prime minister Gough Whitlam (pictured above.)

It is in this constitutional dismissal, stopping, impeachment, the one of Australian prime minister Gough Whitlam, in which lies the only federal precedent tied to these reserve powers that can be remotely applied to Donald Trump.

The connection is that the Australian impeachment of a sitting prime minister, a successful one as it turned out, shares with the process against Donald Trump a derived root in English common law.

Gough Whitlam’s and Australia’s shock was, and indeed still is, that the monarchy had somehow retained the power to fire one of its sitting prime ministers.

Gough Whitlam’s Labour (i.e.Democrat) government had enjoyed a thin majority in the legislature and this combined with several highly publicised scandals gave the opposition sufficient grounds for choking off the supply to the Whitlam government of the funds it needed to carry out its governmental duties.

This logjam, impasse, duly ended up at the door of the Queen’s representative in Australia, governor general Sir John Kerr. He advised Whitlam to call a general election, which Whitlam refused to do. Whitlam was then summarily sacked along with his government. Malcolm Fraser and his opposition party now took over as caretaker prime minister and government pending a general election which in the event Fraser won.

In the light of the Whitlam Affair and the present Trump Affair those cross-referencing the two cases will find themselves pre-occupied with one element constantly overlooked in the shared blind partisan fury of both cases. It is this.

Sir John Kerr drew on the prerogative of the reserve powers at his disposal in sacking Gough Whitlam only after Whitlam declined to call a general election and in doing so made clear his intention of continuing as a public, a federal official, in his office as prime minister. It was only Whitlam’s stated intent to continue in office that made him impeachable, stoppable.

If Gough Whitlam had accepted the governor general’s urging to call a general election he would have had to relinquish his official and thus impeachable position as prime minister just because he was going to the people in this same general election.

Regardless of the numerous accusations of misdemeanours then being directed at he and his Labour government and regardless of the gravity or truth of these charges Gough Whitlam at the moment of his resignation would have rendered himself unimpeachable simply because at that instant he had ceased to be a serving federal official.

Australia’s collective absorption with the Whitlam Affair always halts abruptly at two sets of gates, the ones at Buckingham Palace and the ones at Royal Lodge, the official residence of the governor general.

A reason is that the Dismissal, as it is became known, favoured incoming and replacement prime minister Malcolm Fraser then and now viewed by Australians as a haughty, austere conservative known at the time as “the Prefect,” and whose enduring saying was that “life was never meant to be easy.”

Fraser simply had not at that time, 1975, come out on the monarchy issue. It turned out that such was Fraser’s true personal anti royalist fervour that in later life he lent his weight to the Green party with its own militant anti-monarchism.

The suspicion in the Whitlam Affair is therefore this: if the Palace had had an inkling of Malcolm Fraser’s own republicanism would Palace courtiers still have caused to be sacked or otherwise be impeached Gough Whitlam?

At this time, in 1975, the monarchy was still under full power and Prince Charles’ assumed passion for Australia was routinely touted. Royal visits still attracted immense crowds. Therefore Palace management in the form of its officials would have been conscious of who supported them, or seemed to be for them, and who had demonstrably declared themselves against the monarchy, as had Gough.

Malcolm Fraser’s subsequently revealed disdain for the monarchy, means that it is no coincidence that a successor as Liberal party (actually the equivalent of US Republican Party) leader and prime minister Malcolm Turnbull should have built his entire political career as a foe of the monarchy.

It is this royal involvement that means that the successful and cataclysmic levelling of reserve powers against Gough Whitlam remains such an unresolved running sore in Australia and one that remains raw even after the recent release of the Dismissal correspondence in the form of the Palace Papers as they are known. The Palace Papers show that Her Majesty was shielded from any decision about Gough Whitlam and his accident-prone government by a firewall.

This firewall was represented by the Queen’s principal private secretary Martin Charteris, a dry, clipped figure who has attained a kind of popular posthumous celebrity in the Crown series of television docudramas.

The real shock of the Whitlam Affair remains that nobody including Whitlam, a seasoned lawyer himself, knew that there resided in Australia or Great Britain the power, the prerogative, of any official or group of officials to expel from office a sitting Australian prime minister.

The real shock of the Trump impeachment will be that there is no constitutional legality in proceedings until such time as Donald Trump becomes a serving official.

In a welter of claims and counter claims centred on social media the fadeout of the Trump presidency brings it full circle to its point of departure just because President Trump detonated a press rage by dealing directly with the public through social media.

At the outset of his campaign Donald Trump by-passed the conventional media by using social media to communicate with anyone and everyone anywhere.

Everyday people however remote from Washington now enjoyed the same access to Donald Trump’s confidences as members of the White House press corps, a coterie that takes itself ultra seriously.

In disintermediating the conventional media Trump struck at a hitherto professional elite which was to maintain its rage throughout his tenure.

This surly resentment crossed the Atlantic where the British press could never bring itself for example to note that President Trump’s mother was born in the UK, and emigrated to the United States as a young woman.

This contrasts with the much reported, and much more remote Irish ancestry of presidents Kennedy and Reagan.

From the outset the conventional media convinced itself that Donald Trump could never win the presidential election just because he was insensitive to the tribal nature of their identitarian politics. The Trump campaign in the event understood quota considerations rather well and to the point of realising that those at the bottom of the heap now understood that the burden of the media-encouraged orthodoxy was falling on them.

It is in this context of unfinished business that the inauguration of President Biden fails to represent the new era, the turning of the page, that is inherent in changing of the guard inauguration symbolism.

The outcome is that United States is now looking at what is known in the Westminster realm as a “shadow” government in the form of a Presidency-in-Exile.

The real actual government the one centred on the White House is now presented with the immediate problem of isolating this rogue presidency and doing so before it embeds itself as an alternate policy source.

This can only be done by blocking its communication channels, a process well underway with the cooperation of an only too willing Silicon Valley which at the outset of the Trump regime united with Hollywood in its antipathy to the insurgent hotelier.

A sure-fire blackout of the ex president? Not if you consider the impermanence of Silicon Valley, something shared with Hollywood.

Point-to-multipoint texting is an evolving sector with no shortage of new entrants and outfits with names such as Gab and Parler are already snapping at the heels of Twitter.

Twitter is now in the same position as IBM was when it controlled the information technology business with its all-encompassing market dominance.

In his presidency-in-exile role Donald Trump has indicated a priority in confronting the coastal enclave-based orthodox media with, well, Trump Broadcasting.

The narrowness of his election loss in the biggest election turnout in US history indicates an audience-in-waiting.

Orthodox media is most of all pre-occupied with news about itself. This is an underpinning reason who so much of it moves in lockstep especially in sharing voguish ideologies in which during the Trump years the mainstream demonstrated the shared devotion of the converted.

Fractionated audiences, displacement of the predictable with the unpredictable, coverage of let’s-all-forget topics such as police defunding, even a further split in national advertising…..

Conventional media described Donald Trump as dangerous in the White House. They might find him even more lethal outside it.