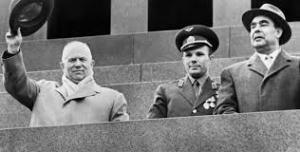 For the past 117 years Germany has known how to extract motor spirit fuel from the air. This on top of the fact that Germany had invented in the first place the combustion engine motor vehicle carried a definite implication: Germany would introduce for the mass market the alternative to fossil fuels.

The opposite happened. Germany instead became dependent on fossil fuel energy derived from Russia.

The original belief that Germany would introduce alternative fuels stemmed from Germany’s domination of chemical synthesis giving it 70 percent of the world market and giving the world such names as BASF, Hoechst, Bayer and the I.G Farben combine.

After World War 2 the Allies were determined to install in the Axis powers a system of government which would eliminate dictatorships. Proportional representation was the solution.

It eliminated autocrats. But ushered in an element that would reveal its peril only much later on.

In the meantime Germany started to construct nuclear power stations, a construction that would become greatly accelerated after the Middle East oil shocks.

As die Grünen grew so did its determination to shut down nuclear power, a campaign that was only thwarted in its total success when the last remaining reactors were saved from closure by the February 24 Ukraine invasion.

Even during the height of the Soviet era in the partitioned Germany the allies consistently underrated the German Ostpolitik doctrine which actively sought a rapprochement with the Soviets.

Then came the fall of the Berlin Wall and with it the acceleration of die Grünen. Germany became increasingly dependent on imported energy. It was cost-effective and successive coalition governments dare not challenge die Grünen because it increasingly held the balance of power.

The reunified Germany far from releasing the power of its chemical and engineering sectors to implement alternative fuels had simply decided to use Russia’s.

Global academia and think tanks always failed to factor in Germany’s thirst for Russian hydrocarbons. Its defeat in World War 2 was a result of operation Barbarossa designed to capture Russia’s carboniferous resources.

Neither did the West’s academia and think tanks care to look too closely into the way Germany’s commercial weltanschauung far from engaging in a united effort to synthesize fuel now simply dealt with China in development of the automotive and engineering sectors.

Indeed, many would be surprised if they knew how many high-branded premium face value German products are in fact machined in China.

Neither did these same think tanks and research “units” care to wonder too deeply why after its 2014 seizure of the Crimea and resulting sanctions Russia went ahead and tried to appropriate the remaining area of Ukraine it hadn’t already captured,

The reason was that president Putin knew by then that even into the longer term Russia was sanction-proof, thanks to an unparalleled era of credulity in Europe and the United States.

One of these was the belief rigidly held by this same class that Germany’s environmental movement in its political guise was entirely a force for good.

February 24 severely dented also the media class extreme reluctance to challenge China on anything at all. Even now a shunned topic is the linkage between the Beijing Olympics at one end and the United States midterm elections this year as the likely window of opportunity for staging the invasion.

Ukraine tore away the myth fostered in the United States that China by virtue of trade would become a benign force. After February 24 there emerged a new trade bloc, the Russia-Soviet one.

Nowhere is this credulity more evident than about president Putin himself.

Russia’s post Stalinist rulers governed under a first-among-equals arrangement. The Nikita Kruschev (pictured) troika was an example . After some initial window dressing for the benefit of the West Putin like Stalin ensured that he ruled alone.

Bismarck coined the term Realpolitik. In the last 30 years Germany became the focus of what now is so cruelly revealed as the diametric opposite in the form of Unrealpolitik, wishful thinking detached from evolving realities.

This illusory politik was though masked by a piety that effectively deflected any criticism or commentary as to the eventual destination which was ultimately revealed on February 24.

The United States and Australia are the two most weather conscious electorates in the world and the pending Australian general i.e. federal election is overcast.

Australia’s recent predilection for moral issues is obscured by its image everywhere else as the Lucky Country and which arrived at this felicitous state through a determination to avoid entanglement in the abstract and the obscure.

Federal politics illustrates Australia’s transition from being the Lucky Country to an excitable one. In politics personal value judgements publicly expressed predominate.

The Greek-derived word misogynist has become the barbed poison dart of Australian public life. It becomes more deeply embedded in the flesh of the target the more these targets expound why they are not in fact misogynist.

Curiously for a nation once proud of the way in which it thumbed its nose at the rest of the world, Australia consistently reveals itself now as a dedicated follower of fashions transmitted from the more rarefied drawing rooms and salons of the United States and Europe.

A pointer to the direction of the pending federal election is the frequency with which public figures chide each other for a perceived absence of a “moral compass.”

The pending election with its prurient preoccupations has about it an aura of a morality play.

A series of curious episodes in quite recent years show that Australia has concocted its own version of alarmism and which is quite different from mass moods elsewhere in the Anglosphere and indeed the developed world as a whole.

These fevered episodes have the peculiar characteristic of igniting passion in every part of society starting at the judiciary and its enforcement agencies all the way through to everyday people.

The first example of this modern moral panic was the Baby Azaria case in which a toddler disappeared from a camping site at Ayers Rock (pictured).

Though a burden of probability indicated the child was removed and killed by a dingo, a wild dog, there followed the incarceration of the child’s parents as an uproar fuelled from the top of society ran its course until evidence came to light utterly exonerating the parents.

Then and in very recent times this became mirrored by the hounding of Cardinal Pell which again was stoked by the same governmental authorities and with the notable addition on this occasion of the unrestrained glee of the government’s own activist public broadcasting channels.

Cardinal Pell was absolved of guilt after a tortuous series of court procedures culminating in the prelate’s successful appeal.

Both these cases were strongly imbued with the paranormal.

The baby Azaria case because of the child’s name and also because the parents belonged to the Seventh Day Adventist sect.

Cardinal George Pell’s because of the cleric’s extraordinary spiritual career journey from a provincial Australian working class background to become the second most powerful man in the Vatican.

In between these two revealing human events came the techno moral panic undertow in the form of the decision to retrofit French nuclear submarines with diesel engines.

This Quixotic institutional example of contemporary superstition faced its inevitable confrontation with geopolitical reality and did so very recently.

Australian taxpayers in atonement for this fevered retro-progressivism are now liable for more than $5 billion in contract termination penalties for submarines that were never built, let alone launched.

A national character once moulded around practicality, method and order and stoicism did in a mere generation transform itself into an erratic top down driven one jumping excitably between sorcery and contemporary taboos.