“The TPP might have been re-branded as the CPTPP but it's still the same bad deal”, says Professor Jane Kelsey, New Zealand's expert on international economic regulation.

Professor Kelsey will speak on the current situation of the CPTPP at a public meeting today, Monday 12th February at 6.30pm, in the Ellen Melville Hall, 1 Freyberg Place, Auckland CBD.

Rebranding it as "comprehensive and progressive" doesn't make it any better when it still contains the discredited ISDS (Investor-State Dispute Settlement) provisions which allow foreign investors to challenge the laws and policies of the New Zealand government in off-shore investor-state dispute settlement tribunals,” Professor Kelsey says." “ISDS is unchanged from the original text; it's only some peripheral enforcement options that have been suspended."

The suspended clauses and more could be reinserted into the TPP-11/CPTPP, as it appears there is interest from the US in rejoining. At the World Economic Forum in Switzerland, Donald Trump raised the possibility that the US might rejoin the new TPP.

Also speaking will be Dr Burcu Kilic from Public Citizen, Global Trade Watch (US), and Laila Harre, who will speak about the issues confronting the unions, and her assessment of the problems and solutions.

Prior to last year’s election, Labour, New Zealand First and the Green Parties all said that they would not support ratification of the TPP. During the parliamentary examination of the text, Labour cited concerns about sovereignty, secrecy and inadequate economic modelling leading to uncertainty in projected outcomes. The Greens added that the TPP is an obstruction to the imperative of sustainability. New Zealand First focused on the anticipated dangers of Investor-State Dispute Settlement (ISDS). What has changed?

In the past there has been much concern from the public. The 3 News Reid Research Poll in November 2015 found, 87 per cent of NZ First voters, 84 per cent of Greens, 73 per cent of Labour, and 23 per cent of National voters opposed the TPP."

"CPTPP is an old-fashioned agreement that privileges multinational corporations over sustainable businesses," Er says, "TPP is not a sustainable agreement for the 21st Century."

Come and hear Professor Kelsey explain what this will mean for New Zealand. There will be an opportunity for questions afterwards.

The Auckland event will also be live streamed from 6.30pm on The Daily Blog at this link for all those who may not be able to make it along to a meeting.

For the details of meetings in other centres, please visit Its Our Future. 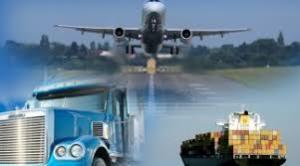 The future of free trade agreements 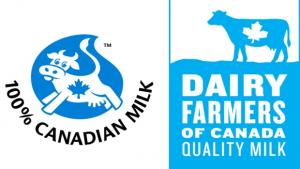 Jan 24, 2018 -BusinessNZ and ExportNZ have welcomed the revival of the Comprehensive Progressive Agreement for Trans Pacific Partnership. BusinessNZ Chief Executive Kirk Hope said the agreement of all 11 partners to the agreement had been hard won, and was immensely worthwhile.

CPTPP back on track

Jan 24, 2018  - The EMA says it is great news the Comprehensive and Progressive Agreement for Trans-Pacific Partnership (CPTPP) is back on track and expected to be signed in March.