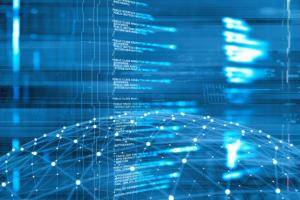 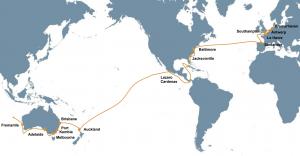 Jan 19, 2018  -  International road safety charity, Brake, is calling on fleet operators to crack down on driver distraction, due to the results of its annual Fleet Safety Survey.  According to Brake, more than a third of its survey respondents say they do not monitor distraction, and three in ten organisations admit they do not have any policies in place aimed at preventing distraction. 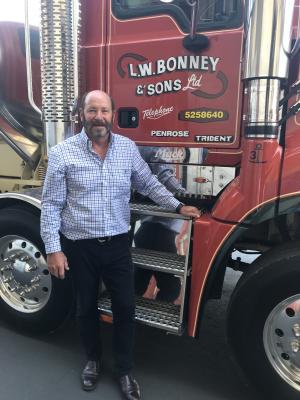 Jan 17,  2018 -  Calven Bonney, the prominent Auckland road transport operator has been recognised in the New Year’s Honours list with the award of a Member of the New Zealand Order of Merit. (MNZM).  The larger than life Bonney’s award recognises his more than 40 years of voluntary service to the trucking industry and his involvement in motorsport.

Bonney has been a National Road Carriers Board Member since 1974 for 44 uninterrupted years and was its President between 1997 and 2000.  Calven also played a key role in the formation of the Road Transport Forum in 1997. The RTF brought together the seven individual trucking organisations which represented 5000 trucking companies to represent the road transport industry in Wellington.He has served on the RTF’s board since its inception and was its chairman from 2000 to 2002.

Calven’s work with the NRC has focussed on the development of the organisation to provide all members, whether they have one truck or a fleet of hundreds, with the support, expertise and scale to run their businesses effectively and successfully.He is well known for providing counsel, advice and a sounding board for all road transport operators and has helped the NRC negotiate the many supplier agreements and discounts for services provided to the organisation’s members.

Through his work with the RTF Calven has worked with both national and local government to ensure the road transport industry has a voice to usher through regulatory changes and to make roads safer and easier to use for trucking.Calven has championed improvements in the overall professionalism of the industry and fostered strong working relationships for the industry with the New Zealand Transport Agency, the Commercial Vehicle Safety Team (CVST), the Ministry of Transport and other local and regional authorities.

Passionate about motorsport, he started out crewing for other drivers, including Denny Hulme and then raced at the speedway in most classes before getting involved in Super GTs, endurance events and Formula 5000.But Calven is perhaps best known for his involvement in the establishment of truck racing in New Zealand, helping to negotiate rights from international promoters to start the sport here and then building his own truck for the first season to make sure the sport got off the ground with as many trucks racing as possible.

As a long time sponsor of the annual Festival of Motorsport, Calven has made sure that millions of dollars of historic cars make it off the ships, through customs and are ready to race.Bonney has also been a keen supporter of the Variety Club and was a regular participant in its events for more than 15 years, raising significant funds for the charity.

On a personal level, after selling his first 3 trucks in 1981, he went on to buy his father and uncle’s business in 1984 at a time when it had three trucks. Today Bonney’s has over 100 trucks on the road, servicing a variety of customers in different industries.National Road Carriers is the largest nationwide organisation representing companies involved in the road transport industry. It has 1700 members, who collectively operate 15,000 trucks throughout New Zealand. 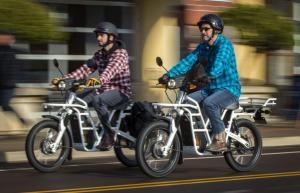 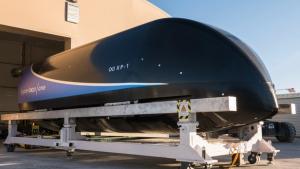 Dec 20, 2017  -  Virgin Hyperloop One has set a new speed record at its DevLoop test center outside of Las Vegas. During its third test phase, which was completed on December 15, an unmanned test pod reached a speed of nearly 387 km/h (240 mph) while running through an evacuated cylinder depressurized to 0.0002 atmospheres (0.003 lb/in²), or the equivalent air pressure of an altitude of 200,000 feet (37 mi, 61 km) above sea level.

According to Virgin Hyperloop One, the December tests not only saw a record speed run that broke the company's previous best of 310 km/hr (193 mph), but included trials of a new airlock system to allow the pods to move between the 500 m (1,600 ft) evacuated tube and normal air pressure, as well as the electric motor, controls and power electronics, magnetic levitation and guidance, and pod suspension systems. The end goal is to develop a transportation system capable of carrying passengers and freight through a system of tubes at airline speeds across continental distances.The prototype travel pod being loaded into the test cylinder

In further revelations, Virgin Hyperloop One announced that Caspian Venture Capital and DP World have invested an additional US$50 million in the enterprise.

"I am excited by the latest developments at Virgin Hyperloop One and delighted to be its new Chairman" says Sir Richard. "The recent investment by our partners Caspian Venture Capital and DP World sets up the company to pursue opportunities in key markets in the Middle East, Europe, and Russia as it develops game changing and innovative passenger and cargo ground transport systems."

Check out video of the record-breaking run via the source link below.