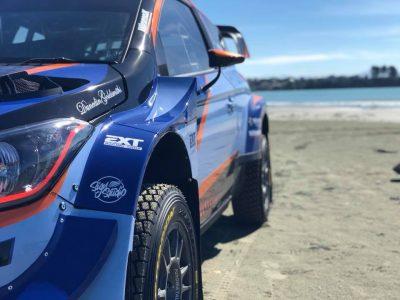 Now in his ninth year of international competition, Kiwi rally star Hayden Paddon has never lost the connection to home with his key sponsors all being New Zealand companies.

Retail chains Pak’nSave and Z Energy have backed Paddon for seven years, right from his early days in the entry levels of the FIA World Rally Championship. Since Paddon’s signing to Hyundai Motorsport in 2014 – making him the first New Zealander to secure a professional WRC contract – he’s also worked closely with Hyundai New Zealand, becoming a brand ambassador for the New Zealand-owned company which developed a unique supporters’ club, Paddon’s Pack.

All three companies play a key role in Paddon’s two-pronged season of domestic and international competition in 2018.

Paddon says: “As a team, Paddon Rallysport, and for me personally, we are humbled to be partnered with some of New Zealand’s biggest and most trusted brands. We are all working to common goals so it’s important to be working with organisations that are striving for excellence as we are. It’s also important for me to be associated with 100% Kiwi-owned companies. I’m a Kiwi through and through so keeping it local is very much part of who I am.

“Z Energy and Pak’nSave are two of our longest standing partners, both of which we have been with for seven years. Without the support of our good friends at Pak’nSave, I would have never have had the opportunities at the start of my WRC career that I did, and I will forever be grateful for this. To have them and the unconditional support of Z Energy through thick and thin is a real boost and I look forward to increased involvement and activities with them over the coming years.

Published in MOTOR SPORT
Tagged under