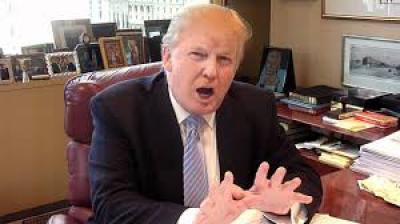 Why Trump will find it hard to achieve his economic plans

From a shortage of skilled workers to income inequality, Donald Trump will face at least six challenges.

WASHINGTON—President Donald Trump’s economic plans are nothing if not ambitious: Annual growth of 4 per cent — or more. A diminished trade gap. The creation of 25 million jobs over 10 years, including the return of good-paying factory positions.

It all adds up to an immense challenge, one that Trump aims to achieve mostly by cutting taxes, loosening regulations, boosting infrastructure spending and renegotiating or withdrawing from trade deals. At the top of his agenda: Pulling out of the 12-nation Pacific trade agreement and rewriting the North American Free Trade Agreement to better serve the United States.

Yet to come anywhere near his goals, economists say Trump would have to surmount at least a handful of major hurdles that have long defied solutions.  He may yet succeed. But he faces deep-rooted obstacles that have bedevilled presidents from both parties for years.  Among the challenges are these:

A SHIFT TOWARD AUTOMATION

Trump’s goal of vastly expanding manufacturing would require at least the partial reversal of a decades-long trend toward a service-oriented economy and away from factory work. Former President Barack Obama sought to add 1 million manufacturing jobs in his second term but came up two-thirds short.

Even if Trump could return factory production to its heyday by toughening trade deals and threatening to slap tariffs on America’s trading partners, a surge of new jobs wouldn’t necessarily follow. The increased use of robots and automation has allowed factories to make more goods with fewer workers. Research shows that automation has been a bigger factor than trade in the loss of U.S. factory jobs.

The trend is spreading outside factory gates. Uber is experimenting with self-driving cars. Restaurant chains like Eatsa can now serve meals through an automated order-and-payment system. No cashiers or servers are needed.

“You cannot just slap tariffs on and hope that will bring back middle class jobs,” says Daron Acemoglu, an economist at MIT. “The jobs that went to China would come back to robots rather than people.”

A SHORTAGE OF SKILLED WORKERS

Jobs that can’t be automated typically require education beyond high school. Yet not everyone can or wants to attend college. Many analysts say the economy needs better and more widely available post-high school education and training, whether through community colleges, vocational schools or boot camps offering technology training.

Such a boot camp is how Sharnie Ivery managed to move beyond the retail and sales jobs he’d held right after high school. In 2013, Ivery began a six-month computer coding boot camp at Flatiron School in New York through which he obtained internships. Last year, he began working as a software developer at Spotify, the music streaming service. “There weren’t many opportunities for a career in technology” without training and experience, Ivery, 24, said.

Last year, the Obama administration opened some financial aid programs to Flatiron and other boot camps. But such efforts remain in an experimental phase, and any widespread successes from those programs are likely years away.

A lack of technological skills isn’t an issue only for the tech industry itself. Modern manufacturing work increasingly requires high-tech know-how requiring some education or training beyond high school. Since the economic recovery began in 2009, only 12 per cent of manufacturing jobs have gone to workers with no more than a high school degree, according to research by Georgetown University’s Center for Education and the Workforce.

In the past decade, the growth of American workers’ productivity — the amount they produce per hour worked — has slumped to roughly half its long-term average.

That slowdown has imposed a dead weight on the economy. When employees become less efficient, it slows economic growth, and companies can’t raise pay without boosting prices. A faster expansion needs a combination of more people working and more efficient workers.

Trump’s proposals might help somewhat. He favours expanded tax breaks for companies that invest in new machinery and equipment, which typically make workers more productive. And he’s vowed to build more roads, tunnels and other infrastructure, which can save on shipping and commuting costs.

Still, many economists, like Robert Gordon of Northwestern University, argue that today’s innovations — in mobile communications and biotechnology, for example — aren’t transformative enough to fuel the explosive productivity growth that resulted from inventions like the automobile, telephone and computer.

Economic growth since the recession ended has been both slow and uneven: It’s benefited wealthier Americans far more than low- and middle-income households. Trump’s nominee for Treasury secretary, Steven Mnuchin, noted this concern at a confirmation hearing last week: “The average American worker has gotten nowhere,” he said.

The tepid gains for low- and middle-income families have slowed the economy because those groups typically spend more of their income than do affluent households, and consumer spending is the economy’s primary fuel. Against that backdrop, Trump’s goal of 4 per cent annual economic growth — a formidable one under any circumstances — might be next to impossible.

Mnuchin said the administration’s proposals to cut taxes for individuals and businesses would shore up families’ finances and encourage companies to hire more. Yet America’s wealth gap has widened even as previous presidents have cut individual taxes.

Trump has pledged to add 25 million jobs over the next decade. But with fewer people looking for work now than just a few years ago, it’s unclear where all those extra workers would come from.

The president’s pledge will run up against a long-standing trend: A decline in the proportion of Americans either working or seeking work. That’s largely a reflection of an aging population. Roughly 10,000 baby boomers turn 65 every day, and many retire. The Congressional Budget Office forecasts that the proportion of Americans working or looking for will keep dropping to 61.5 per cent by the end of 2020.

Mark Lashinske of Tempe, Arizona-based Modern Industries, which makes machine tools, says he’s struggling to fill 14 machinists’ positions. He blames the steady loss of manufacturing jobs since 1980 for discouraging an entire generation from factory work. His company is expanding its efforts to find younger job applicants.

The company has established an internship program and is working with a non-profit group to encourage disadvantaged high school students to consider manufacturing careers.

“We’ve been looking for quite a while,” he says. “We have such a shortage.”

“In the absence of immigration, we shrink the size of our population and our economy and our global influence,” Holtz-Eakin says.

Through renegotiating treaties like NAFTA and pushing companies to keep more jobs at home, Trump hopes to reduce — or even eliminate — the trade deficit, a measure of how much more America imports than exports. The U.S. has run trade deficits since 1975.

Yet if Trump’s policies accelerate growth, the Federal Reserve would be more likely to raise the short-term interest rate it controls to keep inflation in check. Faster growth and higher rates, in turn, would attract more investors to the dollar, raising its value compared with other currencies.

The catch? A stronger dollar makes U.S. exports costlier and imports cheaper — a recipe for an even wider trade deficit and a headwind for growth.