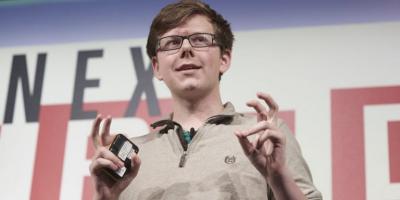 Now, thanks to the recent surge in the cryptocurrency markets, Finman’s personal bitcoin hoard is worth about $US4 million, even after the slump of the last few weeks. And he’s diversified into other cryptocurrencies, as well as more traditional investment vehicles – he’s even started a 401(k) retirement account.

And yet, Finman is disappointed with the state of cryptocurrency, he tells Business Insider. The cryptocurrency boom has brought with it an upswing in scams and dirty dealings. And the bitcoin community, in particular, is too caught up in its own self-interests to modernise the underlying technology so that it can deal with the increasing crush of users, he says.

He refers to the larger cryptocurrency market as “corrupt,” and says that it’s led to most cryptocurrencies serving more as an asset, like gold, rather than a politics-free replacement for money, which was the original idea. He suggests that the first wave of digital tokens might be about to buckle under its own weight – paving the way for something new.