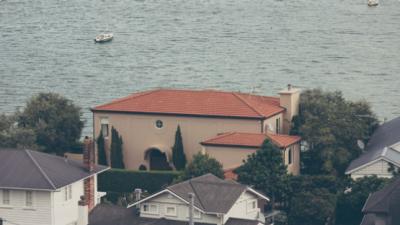 Dec 18, 2017  - New Zealanders’ wealth rose at its fastest pace in a decade, mainly driven by rising property values, Stats NZ said today.  New Zealanders’ net worth rose $136 billion to $1.5 trillion in the year to 31 March 2016. The total net worth is equal to about $330,000 per person, mainly reflecting the value of property ownership.

“Net worth is the balance of what New Zealanders own over what they owe, and this is the biggest increase experienced in the last 10 years,” national accounts senior manager Gary Dunnet said.

Data used in this release comes from a range of sources, some of which is only available up to 2016. Therefore, the integrated data presented is up to the March 2016 year.

Household net worth increased 11 percent (or $134 billion). This was largely driven by rises of $84 billion in property values and $14 billion in currency and deposits, offset somewhat by additional loans of $12 billion.

From March 2015 to 2016, household deposits increased 10 percent to $154 billion, and provided an increased share of banking funding. 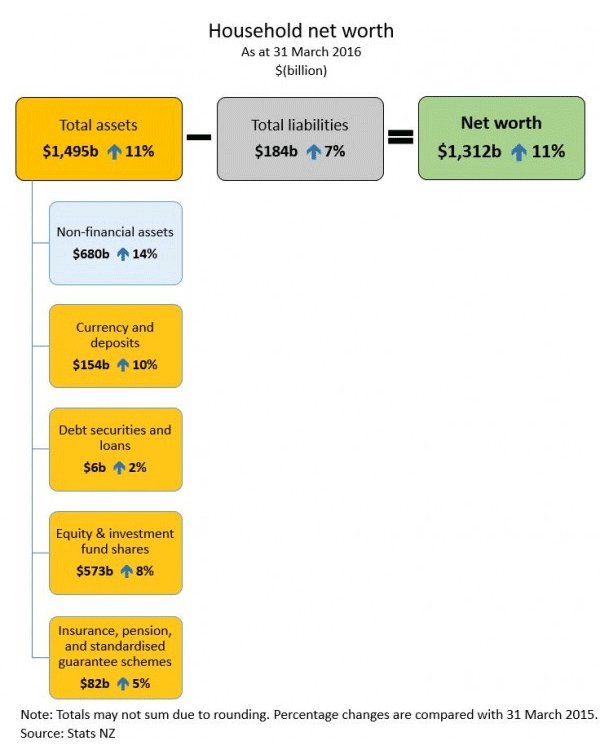