Seequent, a world leader in visual data science, today announced it has signed an agreement to acquire Geosoft, a Canadian geoscience software company headquartered in Toronto with offices around the world. The acquisition brings together Seequent’s Leapfrog 3D geological modelling software suite with Geosoft’s subsurface geoscience and exploration data-driven technology – to create an unparalleled subsurface offering for the mining, civil engineering, energy and environmental sectors.

The challenge with financial stability is how to maintain a strong, resilient and efficient financial system in the face of changing and emerging risks said Deputy Governor and Head of Financial Stability Geoff Bascand in Sydney today.

LGNZ has released its position statement on three waters at its Quarterly Media Briefing today, calling on the Government to adopt four good public policy principles ahead of any reforms to the three waters sector.

The second meeting of the Future of Work Tripartite Forum focussed on how to remove barriers faced by small and medium enterprises (SMEs), and the issue of technological disruption, Finance Minister Grant Robertson says.

The Reserve Bank of New Zealand welcomes placement of CBL Insurance Ltd into liquidation, without the need for a contested hearing.

New Zealand’s Armistice Day 50 cent coin featured at Twickenham over the weekend – used for the ‘coin toss’ that decided the kick-off for the All Blacks vs England game on Armistice Day.

A south Auckland scheme that defies a tidy description of its far-reaching work is breaking new ground internationally with its efforts to lift the region out of deprivation writes Alexia Russell for Newsroom.

Why your first job is crucial 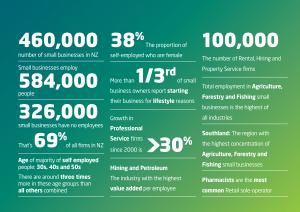 The creation of a small business strategy will take a step forward in coming weeks as the Small Business Council sharpens its focus on the areas that will make the biggest difference to the long term development of the sector.

09 Nov: 1044  |  LGNZ supports the Government’s proposal to wind back a number of Resource Management Act changes that excluded public consultation requirements, a move councils strongly opposed when they were introduced in 2017. The changes, outlined in a recent cabinet paper, would reduce the complexity of the Act, remove regulation making powers and override provisions, restore public participation provisions and financial contributions. “Local government raised a red flag around the RMA changes in 2017, knowing they would threaten the public’s ability to have a say, create problems for infrastructure providers and hinder councils’ ability to give effect to updated standards without needing to go through long and cumbersome processes,” says LGNZ President Dave Cull. Change to the broad regulation-making powers that enabled the Minister for the Environment to override councils has also been proposed, who will still retain some national direction powers via National Environmental Standards and National Policy Statements. “Local government supports a collaborative approach with the Ministry for the Environment, through clear communication and engagement. The 2017 changes were a ham-fisted way to try and achieve this, and we’re pleased to see that the government has faith in a more effective process.” “LGNZ will be working with the government on this reform package to ensure they can be easily implemented. We are also keen to work on the signalled changes to the role of the EPA in enforcement activities, as we are not convinced they are the best way to achieve the outcomes sought.”