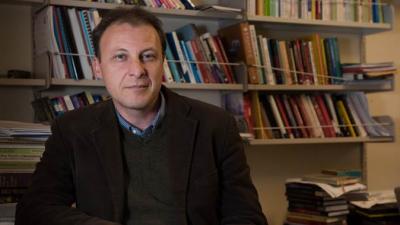 The claims, including that New Zealand has become the “soft underbelly” of the Five Eyes international intelligence network, are overblown and do a disservice to the much more complex reality of the New Zealand-China relationship, says Associate Professor Jason Young, appointed Director of the NZCCRC after serving as Acting Director for the past 18 months.The NZCCRC—based at Victoria University of Wellington, with New Zealand’s other seven universities all members—is the only nationwide institute charged with promoting research on China.“One of the great advantages of the Centre is we are fully free and independent and speak with a New Zealand voice,” says Associate Professor Young.“It is crucially important we have a New Zealand institute that can think about New Zealand interests and New Zealand needs and New Zealand values and New Zealand problems. Obviously, we can draw on what American, Australian and other scholars are saying, but there are unique elements that need to be addressed from a New Zealand perspective.”Associate Professor Young, whose expertise has made him a frequent media commentator, says New Zealand has too few China scholars, leaving it “a long way from knowing as much as we’d like” about such a major geopolitical power and trade partner.“If we don’t understand China then we disadvantage ourselves within the region and within our relationship with China,” he says.One of his priorities at the NZCCRC will be to help nurture “a whole new generation of young knowledge-hungry China scholars”.Announcing Associate Professor Young’s appointment, which follows an international search, Professor Jennifer Windsor, Pro Vice-Chancellor of the Faculty of Humanities and Social Sciences at Victoria University of Wellington, said the selection panel was impressed by his leadership as Acting Director, outstanding academic record, public outreach and deep commitment to improving New Zealanders’ knowledge of China.NZCCRC Chairman Tony Browne said: “Associate Professor Young’s appointment will ensure the Centre continues to develop its conference programme, its dialogue with Chinese research centres and its partnership with government agencies in New Zealand.”As well as his new role, Associate Professor Young will continue to lecture in the Political Science and International Relations programme at Victoria University of Wellington.Associate Professor Young began teaching at the University as a tutor in 2006, while studying for his PhD. He completed the PhD in 2010, for which he was recipient of the Sir Desmond Todd Memorial Prize for the most outstanding PhD in Political Science or International Relations. His Master’s was also from Victoria University of Wellington.In 2013, Associate Professor Young was awarded a Marsden Fund Fast-Start grant, which are given to researchers demonstrating excellence early in their careers. The funding enabled him to research the investment and operations of foreign agribusinesses in rural China, including Fonterra’s farms in Hebei province.Associate Professor Young’s interest in China began after he graduated from the University of Otago in 1998 with a Bachelor of Science in Psychology.“The truth is I ended up in Taiwan teaching English to pay off my student loan and I just became fascinated. I fell in love with the culture and the language and the people and wanted to learn more. So I taught for a year, paid off my loan, and then spent three years studying Chinese. Afterward, I didn’t want to be a linguist, I wasn’t very good at business because I don’t like bartering, so I decided to use it for scholarship.”Associate Professor Young begins as NZCCRC Director on Monday 18 June.