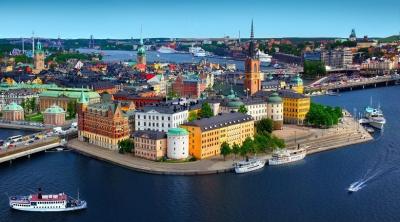 “Sweden and its Nordic neighbours are amongst New Zealand’s most natural partners on the global stage,” Mr Peters said.

“At this time of global uncertainty, New Zealand needs to work more closely with friends and partners who share our values and our commitment to fair and rules-based global order. New Zealand’s new diplomatic presence in Stockholm will help us do that.”

While in Stockholm, Mr Peters met with Sweden’s Prime Minister Stefan Löfven, as well as Deputy Prime Minister Isabella Lövin, and Minister of Foreign Affairs Margot Wallström. Tomorrow he will deliver a speech at the Swedish Institute of International Affairs on New Zealand’s relations with Sweden and the European Union.

“Investing in our relationships with Sweden and other Nordic countries will also help New Zealand to advance its interests in the European Union, including our desire to conclude a comprehensive, high quality free trade agreement,” Mr Peters said.

New Zealand’s two-way trade with Sweden was worth $559 million in the year to June 2018.

“We are already close partners. But there are many new opportunities to advance together, including through research partnerships, expanding our trade in the digital and services sectors, and sharing experiences in public policy,” Mr Peters said.

The New Zealand Embassy is co-located with the UK mission in Stockholm. New Zealand’s new Ambassador to Sweden is Mr Andrew Jenks.