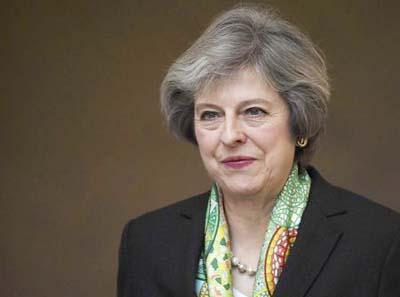 Theresa May is expected to reveal the most detailed insight yet into her approach to Brexit negotiations, in a speech on Tuesday.

She will urge people to give up on "insults" and "division" and unite to build a "global Britain".

Downing Street said reports she may signal pulling out of the single market and customs union were "speculation".

It comes as the chancellor said the UK could "change its economic model" if it loses access to the single market.

The BBC's political correspondent, Chris Mason, said Downing Street was confirming little about precisely what Mrs May would say in her Brexit plan speech, but "a possible route map the prime minister could be preparing to follow is emerging".

Her desire to control immigration suggested giving up the UK's existing membership of the single market, he added, while her enthusiasm for trade deals with countries such as New Zealand implied leaving the customs union.

Several of Sunday's newspapers claim Mrs May will indicate she is prepared to outline a "hard Brexit" approach.

The Sunday Telegraph quoted a government source as saying: "She's gone for the full works. People will know when she said 'Brexit means Brexit', she really meant it."

In her speech, the prime minister is expected to call on the country to "put an end to the division" created by the EU referendum result.

She will urge the UK to leave behind words such as "Leaver and Remainer and all the accompanying insults and unite to make a success of Brexit and build a truly global Britain".

Mrs May is also expected to outline a commitment to building a Britain more open to the rest of the world while building a new relationship with EU countries.

On Friday, she met New Zealand's prime minister Bill English who said he wanted to negotiate a "high quality" free trade agreement with the UK once it left the EU.

Mrs May said she was looking forward to starting talks on what she called a "bold" new trade deal between the two countries.

Writing in the Sunday Times, Brexit Secretary David Davis said the government needed to persuade EU allies that a "strong new partnership" with the UK would allow the EU to prosper.

He admitted agreeing new terms would be "testing" and suggested there might be a transitional arrangement to ensure Britain's exit was a smooth process.