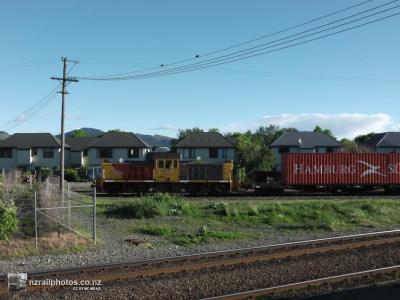 The first train carrying goods into Christchurch from Picton is due to arrive in Christchurch by 2pm today, marking the start of a five nights per week service.

“Keeping freight flowing easily and efficiently around New Zealand is critical to our economic growth and keeping our communities connected,” Mr Bridges says.

“Having this key freight service running again is an immense achievement, which will take pressure off the inland routes while helping with the rebuild of State Highway 1 during the day.

“Today’s first rail services, even in a limited capacity, will take around 2000 trucks off the road each month, building to 4000 trucks when the line is fully operating again by the end of the year.”

Following November’s earthquake, there were close to 60 major damage sites, including tunnels, bridges and embankments, and the line had been buried under more than 100 slips and landslides. Approximately 60 bridges were damaged and repairs required at more than 750 sites.

“Over 1500 workers from KiwiRail, the NZ Transport Agency and their partners in the North Canterbury Transport Infrastructure Recovery alliance (NCTIR) have done a fantastic job in what have been challenging conditions,” Mr Bridges says.

“The Government is committed to restoring the road and rail services along this important coastal corridor, and it’s great to see the significant progress being made.

“We have also provided a range of business support packages and support for the tourism industry and primary sector to help get the most affected communities back on their feet and rebuilding the local economy.”