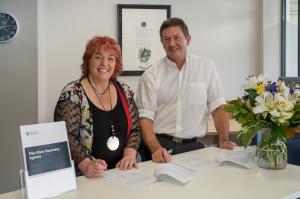 A partnership agreement signed this week between the Pike River Recovery Agency and the Stand With Pike Family Reference Group is an important milestone in the Agency’s mission, Chief Executive Dave Gawn says. 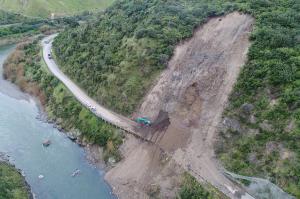 The NZ Transport Agency has released a computer generated look at the indicative route for the new State Highway 3 replacement for the Manawatū Gorge.

All New Zealanders should have free access to publicly owned land, says a spokesman for the New Zealand Deerstalkers’ Association, Bill O’Leary.

I’m worried for my friend. He's worried, too, but less about himself than for his wife and kids. Whether he can provide as he promised he would. As he has always done.

Public policy at its best lifts people up and expands the net of opportunity. But when public servants and politicians lose sight of the impact of their plans on families and communities, the disconnect between Kiwis and their government grows ever deeper. Despondency takes hold. Solutions seem further and further out of reach. Sadly, this is exactly what is taking place in Taranaki as a result of the ban on New Zealand gas - a policy that won't redress climate change, but will inflate energy costs and increase reliance on imports.

My mate is one of thousands caught in the middle of this jarring policy shift.

He's always been a good worker but he never really settled down until he started a family. . .

The Government has asked the Productivity Commission to examine and report on local government funding and financing arrangements. 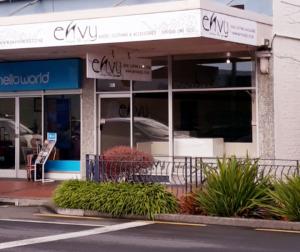 A Hawke's Bay iwi group is investing more than $100 million in commercial developments with plans to reinvigorate the local economy.

Local Government New Zealand is pleased with the terms of reference for the Productivity Commissions’ forthcoming inquiry into local government funding and finance which were launched by Minister of Finance Hon Grant Robertson at its annual conference in Christchurch. LGNZ President Dave Cull says that the current way of funding local government doesn’t provide the means to invest for growth and development, particularly given the diverse challenges facing communities. “Our regions, cities and districts shouldn’t be entirely dependent on central government to resolve the complex issues that we are now facing – it is essential that we empower local authorities with access to funding and financing tools to make a difference,“ says Mr Cull. Local government has been calling for a significant review of local government funding since 2015 when LGNZ first released its Local Government Funding Review and 10-Point plan: Incentivising economic growth and strong local communities. The review found that the heavy reliance on property rates to fund local services and infrastructure failed to incentivise councils to invest for growth, which is necessary to provide the additional income to deal with issues such as infrastructure improvements and the pressures from climate change, extreme weather events and the impact of tourists on infrastructure. “Local government is critical to the overall wellbeing of New Zealand’s communities and the way in which councils are funded influences their approach to new investment. If the only funding sources are property based taxes then the ability and incentive to fund long term growth investment is limited.” LGNZ will be seeking new funding sources that better reward councils’ investments in local infrastructure and services. “LGNZ is pleased that the Inquiry has been given a broad focus to consider whether the current funding and financing model is able to deliver on community expectations and council obligations. It is important that new funding options incentivise growth – LGNZ’s new Localism Project, also launched today, will highlight how the right incentives and funding can build strong local economies and vibrant communities. The urgent need to properly empower councils is reinforced by the fact that decentralised countries tend to have higher levels of prosperity than centralised ones.” “The proper incentives and resources must be in place to successfully drive economic prosperity, plan for infrastructure and anticipate social demands.” “The recommendation that the Productivity Commission work closely with LGNZ on the Inquiry is also welcomed,” Mr Cull says. There has been strong ministerial engagement in regards to local government funding and LGNZ would like to recognise Minister of Local Government Hon Nanaia Mahuta and Minister of Finance Hon Grant Robertson for their leadership in this initiating a local government funding inquiry. 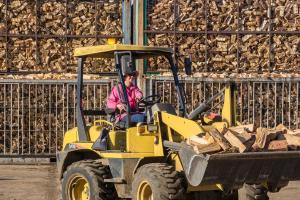 Bringing government back to the people: LGNZ and The New Zealand Initiative start ‘Project Localism’

Instead of relying on central government to decide what is good for our communities it is time to empower councils and communities themselves to make such decisions, Local Government New Zealand and The New Zealand Initiative say.