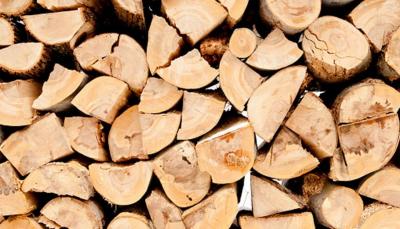 Chromated copper arsenate (CCA) is a preservative for timber that has been commonly used in New Zealand since the 1950s. However, CCA-treated timber becomes a hazardous waste material when sent to landfill, that can leach arsenic into the ground.

“To date, there have been no practical remediation options available to this problem, so I am delighted that Scion believes they may have one and that I am able to support them in testing its feasibility,” Mr Simpson says.

“This study could provide New Zealand with an opportunity to divert CCA-treated timber from landfills and offer an environmentally friendly solution reusing both the wood fibre and the extracted metals.”

A 2013 report suggested that currently between 12,000 and 42,000 tonnes of treated timber could be sent to landfills nationally per annum, not including the significant estimated nationwide contribution of rural waste.

The grant, provided through the Waste Minimisation Fund, will fund a two year project, based in Rotorua.

The Waste Minimisation Fund provides financial support to projects that reduce environmental harm and provide social, economic and cultural benefits. It is funded from a levy introduced by the National-led Government in 2009, which is charged on waste disposed of at landfills to discourage waste and to fund recycling initiatives. Over $80 million has been awarded to more than 130 projects to date.

Published in FORESTRY
Tagged under

More in this category: New national standard for plantation forestry »
back to top
Oct 22, 2018

Single-use plastic bags to be phased out