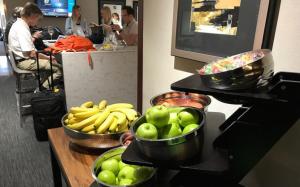 Jan 19, 2018  -  As airlines in Europe and the United States cut seat pitch, in-seat television screens and free food on short-haul flights — sometimes even in business class — airline executives often defend themselves by saying passengers may want more perks but few will pay for them. 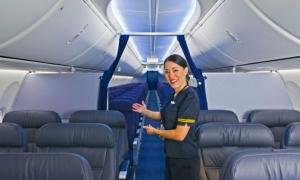 Jan 19, 2018  -  What you need on a long flight is a really good seat – and now one of the world’s major plane-makers has teamed up with a leader in vehicle seating to design just that.  Boeing and Adient have announced the formation of Adient Aerospace, a joint venture that will develop, manufacture and sell a portfolio of seating products to airlines and aircraft leasing companies. 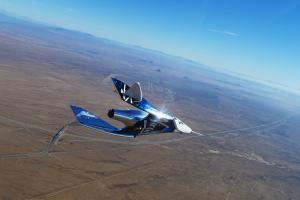 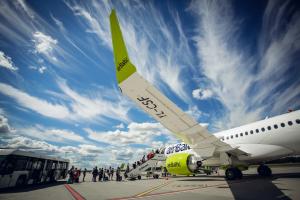 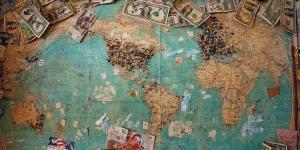 Club Med to open first resort in the Seychelles

Jan 10, 2018 -  Club Med is proud to announce its continued international expansion with the opening Club Med’s first resort in the Seychelles, due to open in 2020. This announcement follows recent news of three more new Club Med destinations– Sri Lanka, Vietnam and Canada/Québec, all to open within the next four years.

Emirates and flydubai to offer travellers even more connections in 2018 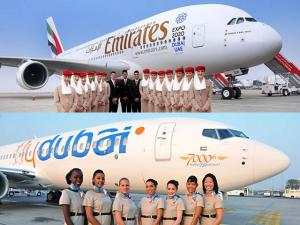 Jan 10, 2018  -  Emirates and flydubai will offer travellers even more connectivity and flight options in 2018, with new codeshare flights planned to Krakow in Poland from 8 April, and Catania in Italy from 13 June. Both Dubai-based airlines currently offer customers a breadth of travel options across their complementary networks, with codeshares to 81 destinations and more to follow.

The partnership initially began with codeshare flights to 29 cities, and this has quickly expanded to meet demand as customers realise the benefits of increased flight frequencies, expanded access to global destinations on a single ticket, the convenience of checking in their baggage through to the final destination, smooth transfers during transit in Dubai, and more.

In the two months since the first codeshare flights took off on 29 October, over 165,000 passengers have benefitted from the partnership.

Emirates and flydubai will continue to offer travel experiences reflecting their individual brands. For bookings under the codeshare, Emirates passengers will receive complimentary meals and the Emirates checked baggage allowance on flights operated by flydubai in Business and Economy class.

Connecting via Dubai’s ultra-modern hub offers a smooth transfer experience and under the partnership, passengers will benefit from a reduced minimum connection time of 120 minutes between Emirates’ home in Terminal 3 and flydubai’s in Terminal 2.

Further benefits for members of each airline’s frequent flyer and loyalty programmes will be announced in due course. 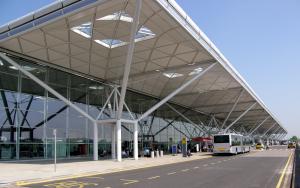 Dec 27, 2017  -  Daily service will be operated by the new three-class Boeing 777-300ER starting June 2018.  New route will connect businesses from the London Stansted Cambridge Corridor with Emirates global network of over 154 destinations worldwide

Emirates today announced that it is to launch a new daily route from London Stansted (STN) to Dubai (DXB) on 8 June 2018. With its strategic position close to the tech and pharma hubs of Cambridge and Peterborough, Emirates will be the first Middle Eastern airline to operate out of the popular North East London airport.

The daily route will be operated by the airline’s new three-class Boeing 777-300ER offering customers six seats in First Class, 42 in Business Class and 306 in Economy Class. The aircraft is fitted with its game changing, fully enclosed private suites in First Class, as well as refreshed Business and Economy Class cabins.

Opening the London Stansted gateway was a strategic decision by Emirates to serve the thriving business community in London’s north east and the wider 7.5 million population that fall within its catchment area. Hong Kong, Dubai, Shanghai, Singapore and Mumbai are the most popular business destinations from the East of England, which Emirates serves daily through its Dubai hub. Leisure travellers can enjoy direct, daily services to Australia, New Zealand, Thailand, Bali and the Indian Ocean islands.

More than 25 of the world’s largest corporations have established operations in the wider Cambridge and Peterborough area, with Airbus, Astra Zeneca and GSK amongst the multi-national companies based there. Such businesses have helped establish the London Stansted Cambridge Corridor as one of the top five global knowledge regions, alongside world-leading San Francisco, Silicon Valley and Boston.

Stansted Airport will also be vital for Emirates’ SkyCargo, the freight division of Emirates and the world’s largest international cargo airline, due to its large cargo handling capabilities. The carrier connects cargo customers to over 154 cities across 84 countries in six continents and flies 140,000 tonnes of cargo in and out of the UK in an average year.

The new gateway will be the seventh UK airport that Emirates operates out of in the UK; other locations include London Heathrow, London Gatwick, Birmingham, Newcastle, Manchester and Glasgow. 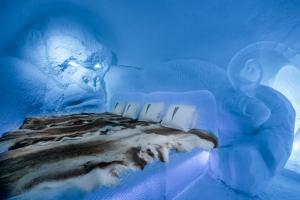 Dec 21,2017  -  The town of Jukkasjärvi in northern Sweden is home to an annual hotel made from snow and ice. Now in its 28th edition, the Icehotel features 15 rooms boasting impressive frozen sculptures. Highlights include a space-themed room and another dominated by a strange ice queen.

Constructing the Icehotel involved harvesting thousands of ice blocks from a nearby frozen river. A 30,000 cubic meter (1,059,440 cubic ft) mixture of snow and ice was used to create the hotel. It includes warm rooms, sub-zero ice rooms, an ice bar, as well as a ceremony hall suitable for weddings and the like.

That said, it's the 15 rooms with the ice carvings that are naturally the main draw. These are kept at a temperature of -5° C (23 degrees Fahrenheit) and guests sleep atop reindeer skins in sleeping bags. The sculptures were created by 36 artists hailing from 17 different countries, and range from abstract scenes to lifelike animals.

The artists are very skilled and the rooms are worth checking out in full, in the gallery.Guests who opt to brave the cold are woken with a hot drink, plus a sauna, hot shower and roaring fire are available too. Activities include a northern lights tour on snowmobile, a half-day tour with dog sled, ice sculpting, and yoga.

The Icehotel opened its doors December 15 and is running until April 15, after which time it will begin to melt away. Pricing starts at 2,250 SEK (around US$267) for a single night in a warm hotel room, but the ice sculpture suites cost considerably more. The solar-powered Icehotel 365 is also installed on the same site and is open year-round. 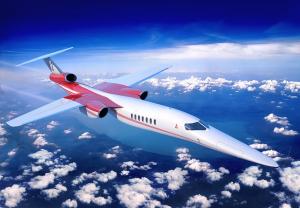 Dec 19, 2017  - In the world of aerospace engineering the race to build the first new civilian supersonic aircraft is certainly heating up. With several major players currently working on supersonic passenger jets, Aerion and Lockheed Martin are targeting those for whom even first class commercial air travel is substandard. The pair has just announced a partnership to develop the world's first supersonic business jet.

Aerion has been chugging away developing its AS2 supersonic business jet for several years now, first collaborating with Airbus on the aerodynamics and structural design before working with GE Aviation on the development of a supersonic engine. This latest announcement is a Memorandum of Understanding (MOU) with Lockheed Martin to work together on all the future phases of development on the supersonic business jet from engineering to production.

"Following our initial review of Aerion's aerodynamic technology, our conclusion is that the Aerion AS2 concept warrants the further investment of our time and resources," says Orlando Carvalho, Executive Vice President for Lockheed Martin. "We are committed to remaining on the cutting edge of aerospace technology and are excited to examine the contribution we might make to working with Aerion on making aviation history."

Aerion has been subtly improving its supersonic jet engine design over the years after announcing a new three-engine configuration back in 2014. The latest design pulls the two outboard engines forward, under the wings, while leaving the third engine in the tail.

Aerion currently estimates the AS2 will be ready for its first flight by 2023 but several other companies are racing to be the first supersonic player in the new millennium. Earlier this year, Spike Aerospace took to the skies with a flight test of an unmanned SX-1.2 prototype demonstrator that is a subscale version of its planned S-512 supersonic passenger plane. The successful tests come ahead of a projected flight date for a full-scale S-512 in 2021.The new three-engine configuration

NASA is also working on its own designs for a a supersonic passenger plane, which is also aiming for first flight tests in 2021, with Lockheed Martin again helping with the engineering and design challenges.

Lockheed Martin's skill and experience with supersonic engineering seems to be a strong validation of Aerion's designs. The company is known for its supersonic combat aircraft so if any company has the know-how to move the technology into a civil or commercial application then it is Lockheed Martin.

The next few years promise to be exciting for fans of supersonic aviation.