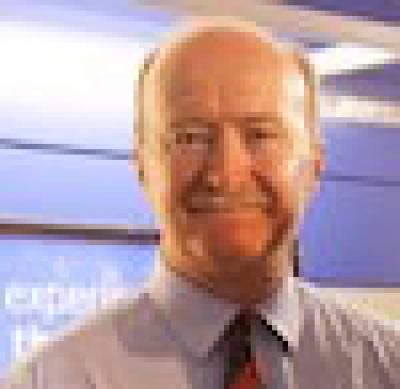 In the latest in our Five Questions For.....series we interrogate the West’s most seasoned operational intelligence officer on Russia......

Major General Peter Williams (pictured) is often considered the most experienced military specialist on Russia and its intentions. He was a member of the allied Cross Mission to the old USSR and this saw him for many years operationally involved in intelligence gathering within the Iron Curtain. At the conclusion of the Cold War he led the NATO mission to the new Russian Federation. Five questions now follow for General Williams:-

What will be the nature of the US-Russia rapprochement under Donald Trump?We are going to have to wait and see just how much free rein Trump finds himself to have. Clearly his personal outlook on the world, including on Russia, is coloured by his own lengthy career as a businessman. He is not a career politician or a Washington insider, but he and his new yet-to-be-confirmed by Congress Secretary of State will find themselves the recipients of advice from the departments of the US government, members of Congress and the US media, much of which will run counter to Trump's instincts and initial aspirations. It will all be about Trump getting better informed about the details of the many challenges to US interests posed by Russia and then coming up with a new, personal synthesis of the existing situation.In a nutshell, it's too early to say how Trump as President will react to the challenges and opportunities presented by the Kremlin, but he will stamp his own character on whatever redefined approach --possibly rapprochement, but not necessarily so-- emerges as 2017 progresses. And then there is the reality of 'events, events, events' - the unforeseeable developments that British prime minister Harold Macmillan once identified as the biggest challenge that would face any politician.

Will the trade embargo quickly dissolve?Almost certainly not. Congress seems much less likely to be in a forgiving and conciliatory mood where Russia is concerned than Trump may currently appear to be. Dismantling trade embargoes is not a simple procedure, not least where they are coordinated on a multinational basis.

Your opinion of the Russian espionage/hacking operations within the US?We will never get a clear explanation about what may have been the precise scale and details of the alleged Russian espionage/hacking operations in the US, but there is no reason, given the track record over many decades of Soviet and Russian disinformation and disruption operations, not to believe that the Kremlin has been seeking to take advantage of the perceived weaknesses of the Obama presidency, particularly during its dying months.

Others such as China, North Korea, and certain other allies will have been doing the same at the same time. The US, along with the West in general including far-off New Zealand, is a pretty soft target for disinformation and disruption operations. Whether any Russian hacking actually managed to affect the outcome of the US Presidential and Congressional election process we'll almost certainly never know for sure.

Where and why did Western-Russian relations go wrong during the Obama years?It is perhaps more accurate to describe what failed to happen, rather than what actually went wrong. Obama and Hillary Clinton sought to re-set the US-Russia relationship, but in truth the rupture went back to 2007 when Putin re-evaluated the relationship and decided that it had not been in Russia's national interests to allow the West to get too close to Russia.By 2007 NATO enlargement had brought the Alliance right up to the borders of the Russian Federation and now the threat of Ukrainian and Georgian membership of NATO was identified as a step too far into the cordon sanitaire that the Kremlin felt must separate the West physically from Russia. The EU had also been expanding to the east in a similar manner, taking into its fold nations that Russia had long viewed as Russian client states.

The 2008 Georgian war put paid to NATO's expansion - even if Russia's military campaign had been tactically and operationally less than flawless, the strategic result was clear: Russia had stopped NATO enlargement in its tracks. The final straw was the EU's active encouragement of the Euromaidan overthrow of the democratically elected albeit utterly corrupt Ukrainian president. The seizure and annexation of Crimea and the Kremlin-supported insurrection in Eastern Ukraine put paid to any chance of rapprochement between Russia and the West in all its forms, not least NATO and the EU.

Taking a world view, where do you see Western-Russian relations in five years?Whatever the situation will be in 2022, it is sure to be different from the situation today where Western-Russian relations are concerned. It is much too early to be able to predict whether Trump will actually launch a process that might deliver a substantive rapprochement with Russia. If he does so, such a rapprochement will not be without its risks, one of which must be a danger of fracturing the current common hard line that the West has been holding against Russia.

In the last year or so, sensing a vacuum in Western leadership, Russian strategy in Syria has wrong-footed the West. Russian military power has enjoyed a significant victory, which will both strengthen the position of the hawks in the Kremlin and will give a boost to Russia's state-controlled armaments sector, which can expect increased export sales as a result of the technology demonstration that the Syrian intervention has provided.

Finally, although I am by nature one of life's cautious optimists and I believe that rapprochement with Russia could be portrayed as a sensible act of realpolitik, it is hard to see just how Trump can deliver the re-set of the US-Russia relationship without which any wider Western-Russian rapprochement seems doomed to fail. If The Donald can pull off this deal, he will have confounded his sceptical enemies and will have earned the adulation of his new-found supporters.

More in this category: « Fillon Fiasco Emphasises Dangers of Official One-Eyed Trade Focus on The East New Zealander assists German Government with official biography of his Grandfather who was last Politician who could have stopped World War 2 »
back to top
Nov 11, 2018

Canada announces billions in retaliatory tariffs against US