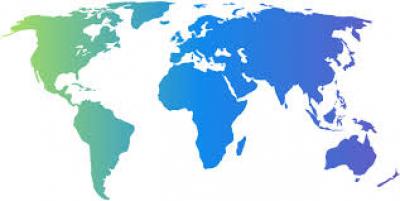 Germany, New Zealand, China and Brazil? Each has a unique cultural take on entrepreneurship's breadth and importance.

Entrepreneurship often seems distinctly "American. After all, it encapsulates the American Dream of unlimited upward social mobility and the belief that as long as you have a good idea and good work ethic, you can start your own company and make plenty of money.

Then there's the whole thing about entrepreneurs as modern-day folk heroes: We tend to celebrate the billionaire college dropouts (Think: Mark Zuckerberg) who deviated from the norm, and the renegades (Elon Musk), who pushed for an idea that their contemporaries didn’t think would work.

But, how do cultures other than our firmly established Western one view entrepreneurship, and what can we learn from them?

Germans have a culture built around work ethic, and are a notoriously driven people. However, starting a business is much more difficult in Germany than it is in other countries -- the World Bank ranks it 113th in the world in terms of ease of starting a business.

Part of the reason is that Germany prioritizes jobs in the government and in big established firms. The hardest working people and the best talent gravitate toward established jobs, for prestige and advancement. This leaves entrepreneurial opportunities less explored and less celebrated, at least by German standards.

Overall? The country still sees decent rates of entrepreneurship, thanks to an immigrant population that brings more entrepreneurial values into the country.

The World Bank has ranked New Zealand as the top country for ease of starting a business, but the culture of this island nation presents some unique challenges for local entrepreneurs -- namely, the phenomenon of “tall poppy syndrome,” or TPS. The term refers to the tendency of New Zealanders to collectively cut down or devalue exceptional individuals, seemingly as a way to level the playing field.

Related: These 30 International Entrepreneurs Really Are Solving the World's Problems

According to a recent NZ Entrepreneur survey, about 75 percent of business owners in New Zealand said they regarded TPS as a real phenomenon, and 42 percent reported having personally experienced TPS as a business owner. Accordingly, entrepreneurs tend to make fewer alternative decisions and take fewer approaches that deviate from the norm.

For the past few decades, China has been themanufacturing hub of the world, but Chinese culture is shifting to focus on the merits of entrepreneurship as China attempts to reposition itself as a growing tech innovator.

The Chinese government has taken multiple initiatives to foster increased rates of entrepreneurship, including a $338 billion foray into government-backed, tech-centric venture capital firms. The increased availability of cash available for entrepreneurial ventures is fueling a renewed interest in innovation.

In addition to monetary opportunities, Chinese culture is driving more aggression and competition between entrepreneurs.

Chinese citizens are hungrier for success and are willing to make great sacrifices for the chances of success; accordingly, Chinese startups tend to grow more rapidly than their American counterparts.

Brazil is another interesting example; its rate of entrepreneurship has increased significantly over the past several years, thanks in part to increasing interest from both government-sponsored programs and American venture capitalists. As a developing market seeing high rates of economic growth, Brazil has a society that sees entrepreneurship as a promising opportunity to climb into a new social class (especially considering Brazil’s class inequality).

In addition, Brazilian citizens tend to favor working for small- to mid-sized enterprises (SMEs), rather than large firms; a whopping 98 percent of companies in Brazil are SMEs, and they’re responsible for 96 percent of available jobs. This makes entrepreneurship and business ownership even more appealing, and drives faster, more sustained growth.

Alongside the mythological figure of the entrepreneurial billionaire sits a very different reality. This reality defines “entrepreneurial culture” in the United States as being inconsistent with the notion of "America."

According to Yasuyuki Motoyama of the Kauffman Foundation, our education system is still weighted toward placing graduating students into existing top companies, rather than equipping them with the skills or incentives necessary to start their own businesses.

For these reasons, opening up your personal perspective on entrepreneurship is important if you want to become a more successful business leader. Your history, your culture and your values are all important, but they shouldn’t blind you to other perspectives from around the world.

Related: 7 Tips for the International Entrepreneur

And, after all, we now live in a global world. So, learning more and broadening your approach will likely help you find more creative solutions, build a stronger business and possibly even find more fulfillment in your work and your new role --business leader.

More in this category: « T&G Global confirms sale of processed foods business Robotics Plus gets Yamaha backing to accelerate expansion, partner with global player »
back to top
Mar 05, 2018