In New Zealand, SkyCity's Auckland business performed well in the third quarter but experienced weaker table games during April, the company said. Hamilton's performance was stable in the second half to date with strong non-gaming performance offsetting slightly weaker gaming activity, it said.

Apr 27 -  The announcement today by the Government that the Crown and the Council have reached agreement to conduct detailed design work on a Stadium for Christchurch is fantastic news for the Canterbury region, says Leeann Watson, Chief Executive of the Canterbury Employers’ Chamber of Commerce.

Apr 25 - New Zealand's first building supplies co-operative has just been launched, in what some are hailing as a game changer for the industry. It will allow small businesses to access cheaper supplies, cutting building costs by tens of thousands of dollars.

Apr 24 - Fletcher Building's intention to exit the 'vertical construction' sector leaves a gap in the market for large-scale commercial and government projects and is pushing up building costs, according to a report on industry trends

A Chinese company trying to get visas for nearly 200 workers from China for a waterfront hotel build in Auckland is under attack from unions over its tactics.

A contract to re-clad the Scott building has been signed between Counties Manukau Health and Hawkins 2017 Ltd, a subsidiary of Downer.  The contract represents an important first step in fixing a number of Counties Manukau DHB facilities.

Architecturally designed prefabricated homes to be built in Levin plant

Hot from the success of opening its new show home, Greenhaven Homes has secured land for a prefabrication plant that will build 80 relocatable eco homes a year by 2020.  Greenhaven Homes is the dream of Levin-born builder Todd Strode-Penny, his partner Natalie and their architectural designer Gary Phillips.

Mar 26, 2018  -  Acuite has taken their ability to provide 360-degree health checks in real-time to the construction industry to a new level, with the announcement of their integration with PlanGrid. 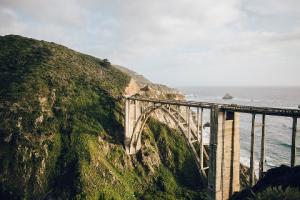 “Cancellation of major projects, delays in new projects coming to market and uncertainty about future transport funding are forcing the contracting sector to release skilled staff just at the point at which the Government wants to increase the speed and scale of construction,” says Stephen Selwood CEO of Infrastructure New Zealand.

“It is natural for infrastructure priorities to change with new leadership, but the scale of change in recent months combined with high uncertainty over future transport funding is having a particularly heavy effect on a sector under pressure from rising input costs.

“The Government’s desire to utilise private capital to facilitate infrastructure delivery is commendable, as are commitments to increase Crown capital investment from $32b to $42b over the next four years, but it’s the lack of “shovel-ready” projects which is the problem.

“Near-term cancellation of projects which the sector had anticipated getting underway shortly include the consented East-West Link, the Tauranga Northern Corridor, the Petone to Granada Link road and SH1 Cambridge to Piarere.

“Delays to the CRL and north-western busway as well as uncertainty for critical growth projects like the Mill Rd corridor in Auckland and safety projects like Otaki to Levin north of Wellington is compounding the issue.

“All up, a conservative figure of the total investment pushed out of the next four to five-year period is over $2 billion. That’s in the order of $400 million per annum taken out of the contracting sector.

“While it is not the Government’s job to keep the construction industry busy, a committed pipeline of work is fundamental to the productivity of the sector, thereby delivering value for tax-payers.

“It is vital that near-term gaps in the project pipeline are not allowed to undermine the long term health and capacity of the construction sector.

“Australian investment in transport is set to double in the next couple of years. The big Aussie contractors will absorb all the available skills we have spent a decade building up, risking a repeat of the 2000s from which we’re still recovering.

“There are projects with consents ready to go, including Mill Rd and Penlink. These projects have very positive economic benefits and unlock land for housing. We know they are going to be delivered, they must be signed off.

“These are urgent issues and if left unattended will materially impact our ability to deliver infrastructure and home construction programmes,” Selwood says. 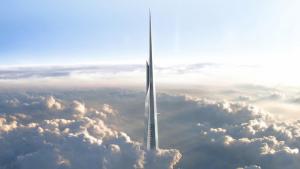