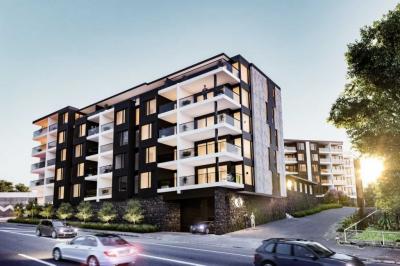 The hospitality giant’s fifth Ramada in Auckland is slated to open in 2020 Responding to a growing demand for high-quality accommodation in Auckland, Wyndham Hotel Group is strengthening its presence in New Zealand’s largest visitor centre with the addition of Ramada Hotel & Suites Newmarket.

New Zealand’s tourism industry continues to experience greater-than-expected growth; in Auckland, hotel occupancies averaged 87 per cent for the year ending June 2017 and the average daily rate rose by 16 per cent. “The surge in demand for hotel rooms throughout New Zealand makes the country a key focus area for growth, and we’re intent on strengthening our already-extensive presence in Auckland,” said Barry Robinson, President and Managing Director of Wyndham Hotel Group South East Asia and Pacific Rim. “This latest addition complements our existing portfolio and presence across the city, as well as reaffirms our efforts to secure sought-after locations in growing markets.”

Situated at 39-43 Gillies Avenue in Auckland, the 63-room Ramada Newmarket will be an eight-minute drive from the city CBD, and is conveniently located near the Auckland War Memorial, the Southern Motorway and Westfield Newmarket.

Construction on the hotel, which will be operated under a franchise agreement with Gillies Trading Trust and managed by Accommodation Works Limited, is expected to begin in the fourth quarter of 2018. Part of a NZcopy00 million Safari Group mixed-use hotel and residential development, Ramada Newmarket will feature hotel units, studio units and one and two-bedroom apartments, along with 81 square metres of purpose-built meeting space.

Named a best hotel rewards program for the past three consecutive years by U.S. News and World Report, Wyndham Rewards offers members a generous points earning structure along with a flat, free night redemption rate—the first of its kind for a major rewards program. Learn more at www.wyndhamrewards.com. Read more at http://www.etbtravelnews.global