ISTHMUS won world landscape of the year for 2016 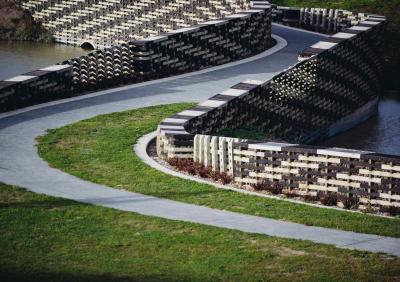 Kopupaka Reserve in Auckland, New Zealand designed by Isthmus has been named World Landscape of the Year 2016 at the World Architecture Festival this year. The project is a hybrid park, where a storm water reserve has been combined with an urban park, playground and skate park, all made possible by dovetailing the masterplanning of the streets with the green infrastructure of the 22-hectare reserve.

Judges praised the project as ”a successful translation of Maori traditions that succeeded in being both poetic and imaginative in its creation of a landscape that captures the soul and nature of the area.”

”Inspired by woven baskets for catching eel, Isthmus has developed an innovative river-wall system of interlocking timbers. Simple yet sophisticated engineering allows the baskets to retain silt and create habitats which will shift and change over time,” jury said.