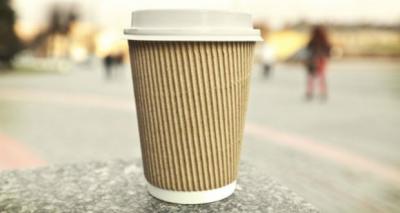 A levy on disposable cups could hurt the UK’s manufacturing sector, according to a study report Packaging News.

According to an economic study by Ecuity, on behalf of the Paper Cup Alliance, a 25p ‘latte levy’ could result in the loss of 11,000 jobs as well as wiping £819m from the economy.

It is claimed that only 5.7% of consumers would switch to re-usable plastic cups or crockery. The study also said that 8% would not make a purchase at all. The research also claimed that a levy “raises the prospect” of redundancies at cup manufacturing sites in towns such as Wrexham, Gosport and Huntington.

A levy on disposable coffee cups has been backed by MPs on the Environmental Audit Committee. However, the government rejected the need for such a charge and said that it would prefer retailers to offer discounts to consumers who bring their own cups to outlets.

Mike Turner, spokesperson for the Paper Cup Alliance, said: “This research should come as a sharp wake up call to policy makers and politicians calling for a latte levy. More can and should be done to increase paper cup recycling rates, but this needs to be balanced against the devastating impact that a 25p tax could have for thousands of people working in the British cup manufacturing industry, the towns they are based in, and the wider supply chain.

“This year alone we have installed 426 extra cup recycling bins across the UK, and they can now be found in 92% of local authorities. However, to quickly boost these numbers further we need a wholesale commitment from government, councils, waste management contractors and other concerned groups to get more paper cups to the recycling plants.

“Further investment in infrastructure is the only way we can meet our important environmental obligations without dealing a blow to the UK manufacturing sector and our already struggling high streets.”

Chris Stemman, executive director of the British Coffee Association, added: “Whilst very supportive of increasing the volume of coffee cups being recovered and recycled, we do not believe that a latte levy is the right solution. Paper cups, including coffee cups, make up just 0.7% of paper waste and any tax would be unfairly targeting coffee drinks to pay to fix an entire recycling system for all packaging. The Paper Cup Alliance’s report is cause for concern and highlights again that just because policies such as the 5p carrier bag charge have been associated with some positive impacts in reducing plastic bag use, it does not mean that this will necessarily happen in other areas such as paper cups.”

“The UK coffee industry is committed to supporting all circular economy principles, including those around packaging and waste. We support the scaling up of all recycling processes and infrastructure in the UK as the only sustainable way of creating a circular economy around paper cups, so that they are captured and recycled.”