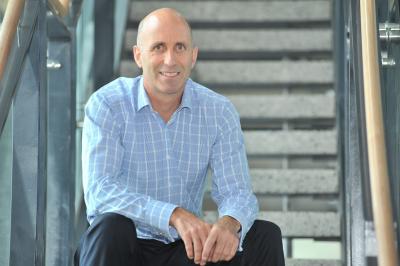 The build up to the 2019 Rugby World Cup presents a huge opportunity for any New Zealand tech firms considering the Japanese market as the passion for the All Blacks is huge in Japan, NZTech chief executive Graeme Muller says.

Muller has been in Japan this week on an economic and trade trip lead by Prime Minister Bill English.

Japan is a major trading partner with New Zealand with $6.4 billion traded between both countries last year. A large proportion of the $3.4 billion imported from Japan last year was technology, mainly consumer electronics.

"New Zealand is a trusted brand in Japan and the New Zealand government will be investing in and around the World Cup, which is closely followed by the Olympics, to help Kiwi businesses grow in Japan.

“The massive Japan market is often overlooked by many Kiwis looking past it to China. Japan is a huge, well organised and high wealth market that provides great returns for Kiwi companies that are prepared to take the long approach.

“Traditional firms like Fonterra, Zespri and ANZCO who have been operating in the Japanese market for decades continue to reap the rewards. Volumes may be lower but margins are much higher.

“Likewise, Kiwi tech firms operating in Japan like Shuttlerock and Fisher & Paykel Healthcare have taken a very long term view and continue to do well.

“Not known for technology, New Zealand’s biggest tech opportunity will probably come from agritech and partnerships with well entrenched traditional agri businesses like Fonterra and ANZCO who have deep relationships in the market.

“More and more Japanese tourists are coming to New Zealand and the best way to get Japanese businesses to understand our tech strengths will be to leverage this growing interest in New Zealand and bring them here to see our tech in action,” says Muller who arrives back in Auckland tomorrow morning.

Technology is New Zealand’s third biggest and fastest growing industry and NZTech is the national voice of the Kiwi tech industry.