Documents to be released today will show Cabinet is yet to make any decision on the move reports Hamish Rutherford on Stuff.

A taskforce is being set up to deal with the impact of the Chinese Government’s ban on the import of many recycling materials, Associate Environment Minister Eugenie Sage announced today.

First it was the fuel taxes, now the Government is hiking the tax on household waste as another example of breaking the ‘no new tax’ pledge, says the Taxpayers’ Union. This morning on Radio NZ’s Morning Report, Associate Minister for the Environment Eugenie Sage said that the Government will be increasing the New Zealand Waste Levy. “This is another broken promise that will fall on households paying for rubbish, ratepayers, and Kiwi businesses who have waste to landfill,” says Jordan Williams, spokesman for the Taxpayers’ Union. “Those in construction will be particularly hard hit. Despite most construction waste being inert, they will pay a heavy price for a tax going from $10 a tonne to perhaps $200 a tonne. That’s a 1,900% increase.” “What’s worse, is that this tax isn’t even necessary. It is used by the Ministry for the Environment for a ‘waste minimisation’ slush fund, often going to corporate welfare projects of very questionable value.” “Does the Prime Minister mean what she says when she made the ‘no new taxes’ policy? If so, she needs to talk to her Green Party Minister and get this tax hike put in the dustbin.” RNZ interview transcript (full interview available here): Alex Perrottet: “Not too long to go but I want to ask you, there’s a proposal by Iona Pannett, Wellington City Council, saying that dumping could be a lot more costly. I think she is saying that it could go from $10 a tonne to $200 a tonne. What are you thinking in that regard?” Eugenie Sage: “Well the local authorities have recommended it going up to about $140, $150 a tonne. $10 a tonne has been in place since about 2008-2009. We will be increasing that levy.”

Fisheries Minister Stuart Nash says the creation of a new specialist organisation dedicated to the sector will lead to greater innovation in the way we fish and the way we manage the resource.

Minister of Foreign Affairs Winston Peters will travel to China this week for a formal meeting with his counterpart, China’s State Councillor and Foreign Minister Wang Yi.

Callaghan Innovation CEO Victoria Crone says the organisation is ready to “pivot” to accommodate the Government’s new direction for investing in R&D - moving away from grants in favour of tax incentives. 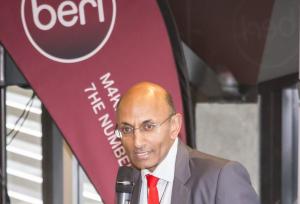 Budget 2018 sets the scene for a trilogy of transformation, Robertson says

Budget 2018 announced today revealed that the country’s books are in good order and the Government intends to maintain surpluses over the coming parliamentary term.