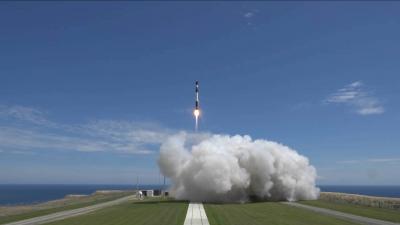 US orbital launch provider Rocket Lab and spacecraft platform developer York Space Systems have entered into an MOU to develop a universal Interface Control Document (ICD) and supporting Concepts of Operations (CONOPS) that will streamline the manifesting process for small satellite launch customers.

By removing the time spent in not only selecting a bus and follow on launch provider, but also developing the standard products that are required to get a spacecraft program off the pad, Rocket Lab and York are setting up a framework to shorten the integration process required for York spacecraft on the Electron Launch Vehicle.

Currently, typical mission integration campaigns can take many months, consisting of requirements development and verification. This adds additional lead time on top of that required for regulatory approvals. By creating standard launch integration products that have already established the compatibility of a York bus on an Electron launcher, many months of mission integration can be eliminated. Standard interfaces, requirements and capabilities will be pre-verified the day a customer signs a contract to launch a York bus on Electron. Rocket Lab and York will also define a standard set of optional services and enhancements that are available to York and its customers, further simplifying the launch process.

Both Rocket Lab and York have developed innovative solutions to enable a responsive space model that offers rapid, repeatable access to orbit. For Rocket Lab this is the Electron, the world’s fully carbon composite launch vehicle powered by 3D printed, electric turbopump-fed engines. For York it’s the S-CLASS platform, a 3-axis stabilized spacecraft capable of supporting 85kg payloads with up to 100w of orbit average power. Much like Rocket Lab’s Electron launch vehicle, the S-CLASS is designed for mass manufacture and supports a wide range of missions including Earth observation, weather, and communication.

Rocket Lab founder and CEO Peter Beck says the combination of York’s standard satellite bus offering and Rocket Lab’s operational Electron launch vehicle makes for a disruptive offering to the market in the form of rapid launch manifesting and significant reductions in cost lowering the barriers to entry for whole new generations of data collection and analytics solutions.

“Sending a satellite to orbit used to mean commissioning a large, one-off spacecraft that required a purpose-built payload adapter and often a tailored launch vehicle. By developing an optional standardized launch vehicle and bus ICD we can radically reduce the customer costs and speed up the manifesting process to get satellites on orbit faster,” says Mr. Beck.

“Part of York’s mission is to streamline the process for companies to get into space,” said Dirk Wallinger, CEO of York Space Systems. “To be able to join forces with Rocket Lab is a crucial step for us as a company. Together, we look forward to helping deliver these initiatives and move the needle forward for small sat launches of the future.”

The non-exclusive MOU will see Rocket Lab and York Space Systems perform work in support of future launch contracts. With monthly and weekly launches planned by Rocket Lab, York is well-positioned to meet this demand through its cutting-edge production processes and real-time availability, without which, rapid and affordable launches of satellites is not possible.

Have your releases read on MSCNewsWire