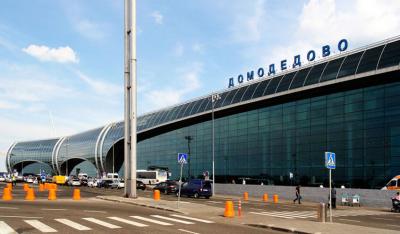 Emirates has been serving the Russian market since 1st July 2003 and already flies twice daily to Domodedovo on Airbus A380 and Boeing 777-300ER and daily to St Petersburg (LED). Demand for travel has grown significantly over recent years, leading to the airline’s launch of this third flight to Moscow.

The new service, which will connect seamlessly with the upcoming new daily flight from Auckland to Dubai via Bali, will be operated by an Emirates Boeing 777-300ER in a three class cabin configuration, with eight private suites in First Class, 42 lie flat seats in Business Class and 310 spacious seats in Economy.

The new Emirates flight from Domodedovo airport is also timed to connect conveniently with a wide network of domestic flights operated by Emirates’ codeshare partner in Russia - S7 Airlines.

First Class and Business Class customers can take advantage of the complimentary chauffeur drive as well as lounge facilities at Domodedovo. All customers can look forward to award-winning levels of care and comfort when travelling with Emirates, from the warm hospitality of its multinational cabin crew, to being entertained by ice, which offers up to 3,500 channels of on demand audio and visual entertainment from the latest movies to music and games. Customers also enjoy chef-prepared meals and complimentary beverages, while families are well catered for with dedicated products and services for children.

Emirates’ commitment to Moscow Domodedovo airport is backed by airport’s investment in improving infrastructure for the passengers. The new segment of the passenger terminal for international flights is opening this month; multi-level car parking in front of the terminal has just been put in operation adding 1,500 parking spaces and the new runway construction is due to be completed within a few months. On July 1 this year Emirates will mark 15 years of operations to Moscow Domodedovo airport.

* There will be a 30 minute advancement of EK173 timing during winter schedule, which begins on 28th October 2018.