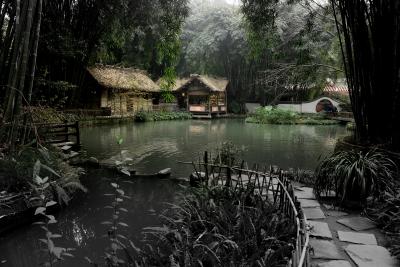 Auckland Airport will this evening welcome the first Sichuan Airlines flight direct from Chengdu, China. The new 13-hour direct service provides a seventh direct connection from Auckland Airport to a major Chinese city, and is the first to connect New Zealand directly to south west China.

While the Sichuan Province is traditionally famed for its dramatic landscape, spicy cuisine and for being home to the Giant Panda, its capital, Chengdu, is very much its modern face. Scott Tasker, Auckland Airport’s acting general manager – aeronautical commercial, says this first service to one of China’s major western centres is significant for both trade and tourism.

“Home to some 14.5 million people, Chengdu is one of western China’s most important economic centres and a key transportation hub. Therefore in addition to providing a unique cultural tourism opportunity for New Zealanders, this new route will open New Zealand to a broad new audience of Chinese travellers and support trade links between the two countries.”

“New Zealand now exports over $12 billion worth of goods and services to China a year, making it our second largest trading partner after Australia. The increased cargo capacity that Sichuan Airlines will provide between Chengdu and Auckland will enable further growth in the trade of high value goods between New Zealand and China,” says Mr Tasker.

In terms of tourism, the new service will add 81,000 seats a year to and from China, worth an estimated $102 million to the New Zealand economy.

Founded in 1986, Sichuan Airlines currently operates more than 240 routes, including long-haul services to Australia, Europe, Canada and the United States. This new Auckland route will be its longest direct flight yet, with the A330-200 featuring 24 business class flat-bed seats.

Whatever class of travel passengers choose, Sichuan’s General Manager for New Zealand, JC Shi, says they can expect to be thrilled by the authentic in-flight service.

“Sichuan cuisine is one of China’s four big cuisines, therefore we are delighted to bring the Sichuan flavour into the cabin. Authentic dishes such as hot pot, firewood chicken and barrel fish will be sure to delight and awaken the senses of first time visitors on board,” says Mr Shi.