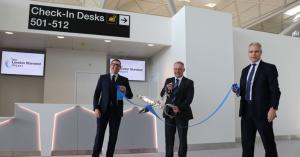 Singapore Airlines New Zealand General Manager, Mr Simon Turcotte, said the airline has recorded double digit growth on the number of passengers travelling to Singapore from Wellington. There's also a change to the days of departure with a greater focus on weekends. The flights will now depart on …

The giant aircraft ushered in a new era of long-haul travel, flying further and faster than most of its predecessors. It also brought new levels of luxury to the sky, with premium passengers enjoying a bar and lounge on the upper deck with some carriers. Qantas is upping its order of Boeing 787-9 …

Emirates uncorks its finest wines from the cellar, launching the Emirates Vintage Collection

Dubai, UAE, 2 May 2018 – Emirates has launched the Emirates Vintage Collection – a selection of fine wines from its cellar in Burgundy which have been stored for up to 15 years. The four wines to be included this year are the Château Cheval Blanc 2004, Château Haut Brion 2004, Château Mouton Rothschild 2001 and Château Margaux 1998. Due to limited availability, these exclusive wines will be served in First Class on select routes for a limited period. 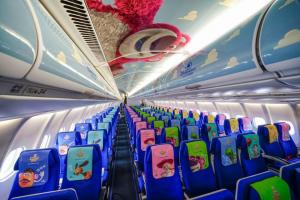 If you're keen to go "to infinity and beyond" on your next flight – or just to Shanghai Disney – this is the plane for you. 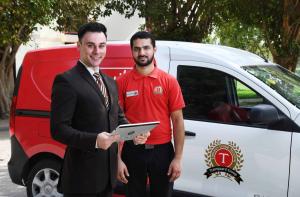 Emirates has introduced Home Check-in, a new service which allows customers to check in for their flights from anywhere in Dubai - including travellers from New Zealand who have been staying or stopping over. 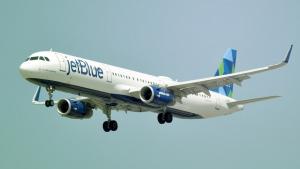 JetBlue has a new way to woo customers that goes way beyond free SunChips and in-flight Bones marathons. The formerly budget airline is teaming up with JetSuiteX to offer customers seats on semi-private flights up and down the West Coast, according to CNBC. 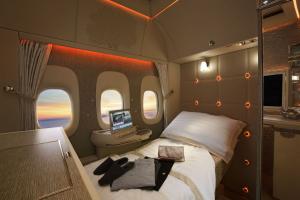 Apr 21 -  Air New Zealand has now completed the engine checks required this week as part of a global inspection of some Rolls-Royce Trent 1000 engines.

For the second consecutive year, proudly Kiwi airline Air New Zealand has been recognised as Australia’s most reputable company in the Reputation Institute’s annual Australia Corporate Reputation Index. In ranking first, Air New Zealand has trumped homegrown carriers Qantas and Virgin Australia which indexed third and fourth respectively, as well as other major corporates such as Toyota, Apple and Nestle. Air New Zealand General Manager Australia Kathryn Robertson says the Kiwi carrier is determined to be Australia’s airline of choice and this honour reflects the hard work of the 12,000 Air New Zealanders around the world dedicated to enhancing all aspects of its customers’ experience. “From our artificial intelligence powered chat bot Oscar, who helps thousands of Australian customers get answers to their questions, through to our $100 million lounge investment programme which has transformed customer spaces in Melbourne, Sydney, Brisbane and Perth, Air New Zealand is focused on offering Australians a better way to fly across the Tasman and beyond. “Clearly, Australians have embraced our warm service, innovative products and our distinctive brand, as brought to life here in Australia through our award-winning Bryan Brown voiced Dave the Goose marketing campaign. We’re thrilled to continue to be held in such high regard.” Earlier this month Air New Zealand announced an enhanced Tasman schedule after announcing that it will end its seven-year alliance with Virgin Australia later this year. From the end of October, Air New Zealand will offer 15% more seats across the Tasman year on year, including two new routes (Brisbane-Wellington and Brisbane-Queenstown) from December.

Time for a holiday