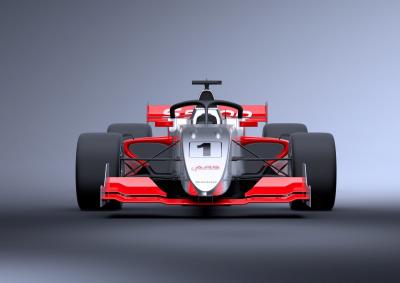 S5000 organisers are investigating the possibility of introducing a Tasman style series after receiving strong interest from New Zealand in the new single seater category.

The new V8 powered open wheel class is set to launch next year with the formula already been dubbed as Australia’s answer to IndyCar.

While production of the first bespoke carbon fibre Onroak-Ligier chassis is nearing completion, the series is working hard to secure its inaugural calendar which has sparked discussions of expanding events to New Zealand.

Formula 5000 has had a strong following in New Zealand which organisers are hoping to take advantage of given the modern incarnation, S5000, has stirred up serious interest across the Tasman.

Promoters, the Australian Racing Group are actively investigating a calendar concept that could incorporate Australian and New Zealand rounds held over the summer months to create a possible six round Tasman series.

ARG director Matt Braid says the category has taken inspiration from the Tasman Series held in the 1960s and 1970s that featured F1 and F5000 machinery driven by high profile drivers.

“What we are looking at beyond the Australian calendar is reigniting a Tasman style series,” said Braid.

“I think we will see New Zealand teams race in the Australian series, but equally we want to provide a platform that the S5000s can actually go into, and also be fully supported, by New Zealand entrants and fans.

“So on that basis we are exploring and starting discussions on reigniting a Tasman style end-of-season series that will combine some races ideally that will be in the back-end of the calendar in Australia combined with some New Zealand races, and then maybe a race or two at the beginning of the following year.

“Outside of the New Zealand races, the Australian races will be largely structured already within the respected calendar of that year, but the points would count towards a Tasman Championship or Tasman Series.

“I think that given the level of interest shown from New Zealand teams and drivers in S5000, and also the love affair with the 5000s still very much continues even more so than in Australia, lets take this idea and actually accelerate the discussions on how to bring it to life.”

If plans come to fruition the concept could be up and running as early as 2019/2020.

“By nature of the production of the cars we will probably see an S5000 calendar starting close to the mid-year mark,” he added.

“The Australian series will be more pushed into the back end of 2019, and all of that will flow on to a more spaced-out calendar in 2020. ”

“The back end of 2019 and 2020 would allow us to at least start this Tasman Series, and look at it specifically.”

ARG is yet to conduct discussions with circuits in New Zealand with logistics of setting up a Tasman Series still in its infancy.

However, there are several circuits that would be capable of hosting races including Hampton Downs and Pukekohe Raceway to name two.

“We have some (circuits) in mind obviously and New Zealand is blessed with a couple of very good tracks, so, yes we are pursuing those discussions now,” added Braid.

“But at this stage we are logistically looking at how a calendar would map out, and then from that point on we will have a discussion with the actual venues in New Zealand.

“Realistically there’s quite a few choices, but they won’t be short tracks.”

It is expected that an inaugural S5000 calendar will be revealed before the end of the month.