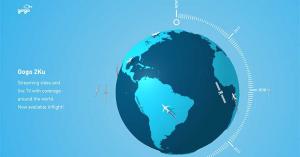 Fiji Airways has launched Bula Bid, an auction tool that allows Economy Class customers to bid for upgrades to Business Class on international flights. Passengers can bid for an upgrade between seven days and 24 hours before their scheduled flight departure.

Bids can be made at www.bulabid.com using the Upgrade Now auction system. Successful bidders are notified through a confirmation email 24 hours before their scheduled flight and unsuccessful bidders will not be charged. The quantity of successful bids is dependent on a number of factors, including seat availability and the number of offers for each flight.

Andre Viljoen, Fiji Airways Managing Director and CEO, said: “This new product is designed to give our Economy Class guests the chance to enjoy our renowned Business Class experience. Interest among guests for Bula Bid has been extremely high during the soft-launch period, and we are delighted to roll it out formally now across our international networks.”

KLM to expand ‘Anytime For You’ personalised in-flight meal service 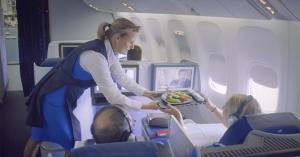 KLM’s “Anytime For You” service gives business class passengers more control over what and when they eat while flying.

Following the launch of the “Anytime For You” business class meal service on 1 July, KLM has announced that the service will be introduced on flights to and from Bangkok in October 2017.

The service, currently available on KLM’s Johannesburg services, allows World Business Class (WBC) passengers to decide when they would like to eat, instead of in-flight meal times being dictated by the airline.

Together with each passenger, crew members compile a personal service schedule for the flight. This service ensures that WBC passengers get more choice and control over their experience.

In addition to the usual three-course dinner and lunch options, the menu also includes an Anytime For You selection of eight dishes. The selected dish is prepared and served restaurant-style whenever it best suits the passenger.

Wim Spelt, Director of Product Management, KLM, said: “Judging by the many positive responses we’ve had from passengers, the new service really meets their wishes. People are pleasantly surprised by the concept, which offers them more choice and versatility. And that is exactly what we hoped to achieve: giving the passenger a positive and memorable experience.” 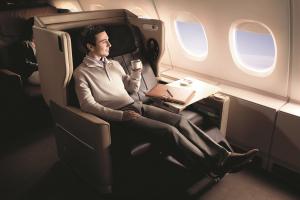 Corporates will earn HighFlyer points while employees continue to earn KrisFlyer miles each time an employee flies with Singapore Airlines or SilkAir, making it a more rewarding way to travel for business. With no minimum annual travel spend required, corporates earn five HighFlyer points for every S$1 spend on tickets booked through Singapore Airlines’ corporate booking platform or an appointed travel agent.

Businesses have the flexibility of choosing how and when to utilise HighFlyer points earned, with the option to offset future ticket purchases partially or in full for flights on Singapore Airlines or SilkAir to more than 100 destinations across 30 countries.

Corporates that reach a stipulated annual spend will have the choice of transferring to the Singapore Airlines Corporate Travel Programme, a corporate programme for large businesses to enjoy corporate fares and additional benefits. 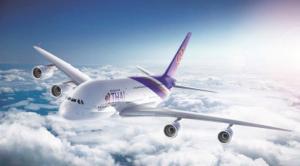 The new flights offer visitors greater convenience and more choice for point of entry when travelling to and from Thailand. The country’s aviation authorities continue to expand both flight frequency and international gateway destinations to handle growing traveller demand and the never-ending quest for new itineraries.

Mr. Yuthasak Supasorn, Governor of the Tourism Authority of Thailand (TAT) said, “Thailand has long been the key portal to Asia and global aviation hub. Steady passenger growth depends on more flights and finding new entry points to the country. These new flights provide visitors with more choice, flexibility and convenience when travelling or making connections to major cities around Thailand. We hope that the expanded air access boosts tourism arrivals.”

Scheduled flights to be added or recently started service during 2017 include:

Since 1 June, this year, Qatar Airways has operated flights from Doha to Bangkok five days a week. The increased frequency, along with its double-daily Phuket flights and the five-month-old Krabi operations (four weekly flights), increase Qatar Airways departures from Thailand to Doha to 53 flights per week.

Turkish Airlines has launched the Istanbul to Phuket direct service on 17 July, 2017, starting with four weekly flights that will increase to daily during this coming winter. The airline started the Istanbul-Bangkok return service in 1989 and currently operates 14 flights per week.

Low-cost carrier Thai AirAsia will add daily Maldives flights from Bangkok to Male starting on 11 August, using Airbus A320 aircraft. The airline is also expanding its services to India with the Bangkok-Jaipur and Bangkok- Tiruchirappalli routes, each with four flights a week, starting on 29 September. The airline operates from Bangkok’s Don Mueang International Airport.

Mr. Yuthasak added, “TAT has also signed a series of a Memorandum of Understanding (MOU) with major international airlines aimed at strengthening tourism cooperation and boosting the number of visitor arrivals to Thailand.”

TAT recently inked MOUs with EVA Air to work on joint tourism promotion strategies for the US and Canada markets; with Etihad Airways to jointly promote travel to Thailand from the UAE, the UK, France, Germany, Italy, Egypt, and Kuwait; with Qatar Airways for travellers from Europe, Africa and the Middle East, and Singapore Airlines’ important inbound markets including Singapore, Australia, New Zealand and South Africa. Read more at http://www.etbtravelnews.global