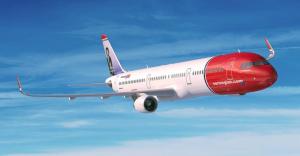 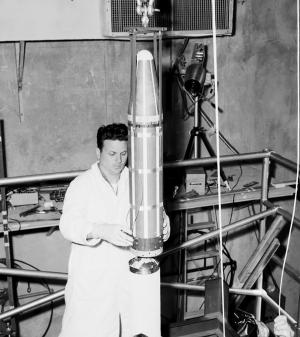 Jan 21, 2018  -  Rocket Lab has successfully launched its second flight as well as launching three mini-satellites into a low Earth orbit.

The 17-metre Electron booster launched on a test flight from the Mahia Peninsula was carrying three mini-satellites that have gone into orbit on behalf of paying customers.

Yesterday the company tried six times to launch its rocket, with one attempt stopping 60 seconds before take off due to a boat entering the exclusion zone downrange from the launch pad.

The launch was later scrubbed as high winds passed over the Mahia Peninsula.

Rocket Lab chief executive Peter Beck has said that although it was a test flight it was also carrying three satellites for paying customers.

The satellites are an Earth-imaging satellite for Planet, and two Lemur-2 satellites for Spire, for weather and ship tracking.

The PD-35-1 also will be designed with a compressor pressure ratio measuring 23:1, the contract documents posted on the Russian government’s procurement agency says. That falls a step below the 27:1 ratio planned for the high-pressure compressor section of the GE Aviation GE9X engine now in development testing for the Boeing 777X.

But the documents still reveal a plan for Russian industry to make dramatic progress over the next decade. Building on the advanced metallics now in testing in the 28,000lb-thrust PD-14 turbofan, the PD-35-1 will drive Russia to introduce composite materials pioneered by GE over the last 15 years. The Aviadvigital PD-14 is Russia’s homegrown alternative to the Pratt & Whitney PW1400G on the Irkut MC-21 narrowbody.

In a statement posted on his Facebook page, Russia’s deputy prime minister for defence and space industries Dmitry Rogozin notes that the Soviet Union never produced a turbofan engine over 70,000lb-thrust and the PD-35-1 will become the first in the region’s history.

Russia and China have teamed up to develop the CR929 under the CRIAC joint venture beween Comac and United Aircraft Corporiation. CRIAC is expected to select an engine made by GE or R-R to introduce the CR929 into commercial service by the end of the next decade. Separately, China and Russia each plan to develop indigenously-sourced alternatives to the Western powerplants for the CR929. The PD-35-1 also would be used to power several Russian air force development projects, including the Il-476 airlifter, Il-478 tanker and a long-term effort to replace the Antonov An-124.

Mimicking the structural configuration of the Boeing 787’s GEnx-1B engines, the PD-35-1 engine will be designed with widechord composite fan blades and a composite, the contract documents show. The documents don’t specify if Russian industry plans to use a similar process as GE’s 3D woven composite materials.

The turbine of the PD-35-1 will be exposed to temperatures as high as 1,450°C (2,640°F), exceeding the melting point of most advanced metal alloys. To help the turbine survive, the contract documents say Aviadvigital must integrate exotic new materials and advanced cooling systems. Two types of ceramic matrix composites (CMCs) – silicon carbide-silicon carbide (SiC-SiC) and carbon-silicon carbide (C-SiC) will be used in the PD-35-1 demonstrator engine, the contract documents say. GE pioneered the use of CMCs in the Leap-1 series of engines that it produces with Safran under the CFM International joint venture. 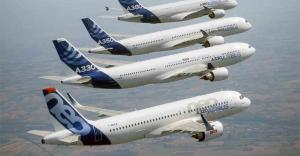 Jan 16,  2018  - Airbus has strengthened its position following a record year for jet sales, extending an order lead over rival manufacturers such as Boeing.  The European company booked contracts for 1,109 airliners in 2017, Airbus announced, widening its margin over its US competitor to 197.

Jan 12, 2018  -  After failing to launch last month, US spaceflight startup Rocket Lab will try again at the end of January to get its experimental rocket to orbit. The company plans to launch the vehicle, called the Electron, from its New Zealand facility sometime during a nine-day window that begins on January 20th. If all goes well, it could be the last test flight before Rocket Lab begins commercial flights in the coming year.

Bristol freighter returns to the UK from Ardmore

Jan 9, 2018  -  A bristol Freighter aicraft is to be restored in the city where it was built more than 60 years ago.  Shipped from New Zealand, where it had been in storage since last flying in 1977, it will be restored at Aerospace Bristol. 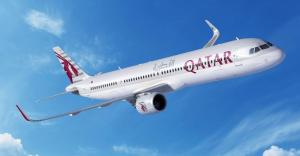