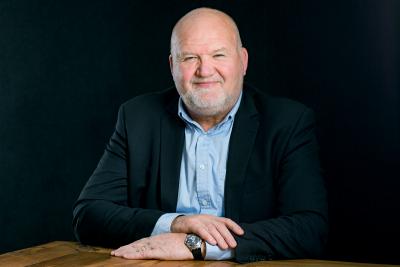 Having been in the construction industry for 45 years, Naylor Love CEO Rick Herd gives the following advice when it comes to leadership. “You’ve got to be able to listen and put yourself in the other person’s shoes. You’ve got to have empathy; genuinely care about people; and be prepared to change your mind when there’s a better idea or better way.”

“You’ve got to have empathy; genuinely care about people; and be prepared to change your mind when there’s a better idea or better way.”

Rick adds that a sense of humility is just as important. “You’re not always right,” he continues. “If you’ve got people who see you as arrogant, a know-it-all and not caring, you won’t get a great response or engagement from your people.”

This idea of listening is something Rick would have advised his younger self in light of his career development. “I used to be a bull at a gate with everything I did and often did not listen to people or care about their feelings,” he continues. “I was very task focused and always had this drive to get things done. I’ve learned that as, a leader, you have to listen. It’s not about doing things yourself, but about coaching people and getting them to do their best. I have been quite successful in recent times in surrounding myself with people brighter than I am and helping them and developing them to do their best, rather than me trying to do it all myself.”

It has been two years since Rick first spoke with The CEO Magazine and in that time the New Zealand construction company has made big strides in terms of continued improvement. It was awarded Most Improved Large Workplace at the IBM Best Workplaces Awards in New Zealand for an improvement in staff levels and staff engagement.

“We have measurably lower staff turnover than other organisations in the construction industry,” Rick says. “That high level of staff engagement and sense of belonging is the greatest sense of achievement I’ve had. Also, the fact that we’ve had continued profitability of the business and an increasing client portfolio at a time that’s relatively tough.”

Rick’s overall vision for New Zealand’s construction industry is for it to get to a point where the boom and bust cycles it has experienced historically have less impact on the country. “There have been so many times in my career where I’ve seen good people leave the industry or go overseas because of the lack of work,” Rick says. “The vision of a steady, sustainable and profitable construction industry is what I want to see in this country because that will encourage construction companies to invest in research and development, and in training their people.”

Rick explains that the industry as a whole is buoyant, but breaking it down into its three distinct sub-sectors, he gives greater detail into their strengths and weaknesses. The first one he mentions is the infrastructure sector (often referred to as the horizontal sector), which has a limited number of contractors. “It’s harder to set up in that industry,” he explains. “You generally need a lot of heavy plant. So, it takes a lot of capital to get established in that industry.”     Continue to read the full article . . .>