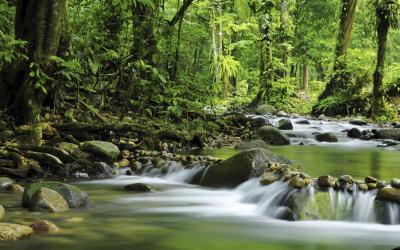 9 Nov 2017  -  The Bonn climate change meeting will put the global spotlight on the concerns of vulnerable Pacific nations, Ministers say.  Climate Change Minister James Shaw and Pacific Peoples Minister Aupito William Sio are attending the climate change meeting in Bonn, Germany, known as COP23[1]. “Under Fiji’s leadership the voice of low-lying small islands, such as those in the Pacific, will be heard clearly at this COP,” Mr Shaw says.

“Aupito and I will be listening closely to Pacific Island leaders’ concerns and priorities.

“This is the first time a small island developing state has presided over the COP. This is important, because these countries are particularly vulnerable to climate impacts such as threats to food and water supplies, and energy security.”

Mr Shaw and Mr Sio will also be attending a meeting in Rome between Pacific Island Forum Leaders and His Holiness Pope Francis, en route to COP23.

Mr Sio says the Government and Pacific peoples need to speak together in responding to climate change.

“The Government recognises that Pacific Island nations are at particular risk of rising sea levels as a result of climate change and global warming. People from low-lying island nations face real threats of being displaced from their homes and may need to find new homes in future years.

“We will work with regional partners and organisations, and review migration policy with the Minister of Immigration to establish a better approach to deal with this very real issue for Pacific nations and peoples, and we will keep fighting climate change,” says Mr Sio.

“New Zealand’s goal is to work constructively with the rest of the world to accelerate the global transition to a low emissions future.”

[1] The 23rd Conference of Parties to the United Nations Framework Convention on Climate Change (UNFCCC), or COP23, takes place from 6-17 November in Bonn, Germany.