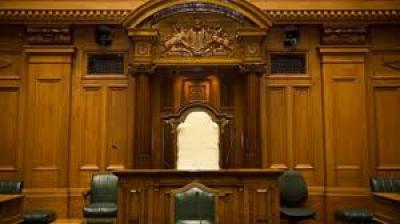 A review of bullying and harassment within Parliament instigated by the Speakers Office which is responsible for who are entitled to work in Parliament and for what they do there has involved this same office in obloquy and sensationalism.

The release of the report was accompanied by dire portents from the Speakers Office conjuring up images of at least one rapist stalking Parliament’s carpeted corridors and this sinister figure accompanied by a cohort of like-minded individuals in the sex pest category.

In the event once the hue and cry settled down this somewhat spooky scenario devolved onto three incidents involving the same people and which had been subjected to historical procedural investigations.

Even so, in the accompanying atmosphere one Parliamentary staffer, male, was “stood down” under the cloud of the word rapist.

Another unexpected blow-back was the public accusation by a former department head, female, that they had been on the receiving end of foul language from the instigator of this same review.

The office of the Speaker is supposed to be the tranquil and unquestioned hub of the opposing forces of parliamentary democracy.

Another role, unspoken, is that this same office detects trouble and nips it in the bud before it sees the light of day.

In this instance the opposite happened.

This same office instigated an official review into a topic known to be of such volatility that whatever the result it was bound to detonate in the public domain.

A generation ago New Zealand began emerging from its cult of exaggerated masculinity.

Pubs and clubs until very recently were gender segregated and few saw anything unusual in this.

Change, held back, now surged into an opposing extreme in which male characteristics instead of being viewed as admirable became viewed as toxic.

The intellectual class, political class, supposed to act as a pathfinder in this kind of sea-change instead seized upon it to trumpet its own value and did so by exaggerating this shift and in doing so further distorted it.

The churches similarly arbiters, if not shepherds, in this kind of sudden societal shift stood aside.

Both protestant and catholic churches in New Zealand traditionally enjoyed rather more influence than in other British outposts just because of the nation’s remoteness.

They now failed to put a brake on the mounting panic just because the churches themselves no longer had any moral suasion.

The need for Parliament to seek out any dirty laundry and then wash it in public emphasises the extent to which these new and untrammelled forces trigger this kind of high profile self-abasement, aka transparency.

There is another explanation, a rather more worldly one.

The German version, the one imposed on New Zealand, was designed to ensure enough opposing forces to eliminate one single outcome---the emergence of a dictator, a tyrant.

There remains therefore the unasked question, the taboo question.

It is centred on which of the opposing forces in New Zealand’s coalition government insisted on an inquiry which beyond its purgative value could only have been a public embarrassment lowering still further in the public esteem Parliament, and specifically the office of the Speaker