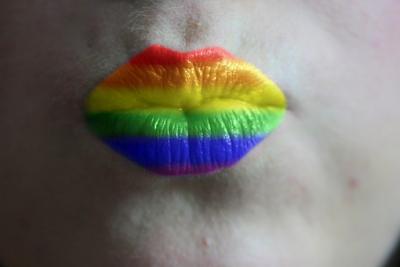 The New Zealand Treasury’s failure to encrypt its pro-forma models of the actual budget can be traced to an engrained governmental procedure of elevating contemporary social sensibilities at the expense of applied practical ability.

This was further emphasised at the time of the budget “hacking” flap when it became clear that a cross-section of departmental officials failed to understand that the budget models had been accessed simply by intruders applying permutations and combinations to the Treasury’s home page search bar and doing so without recourse to passwords.

The access to the budget details at the time was instantly sheeted home to a massive and concerted hack and given criminal status.

The police were called in to investigate some time before the search bar legerdemain was identified and sheeted home to National Party, Opposition, geek-capability operatives.

The deeper implications of the incident were however overshadowed by still another pre-budget drama.

This one centred on the release, authorised, of an official report on “bullying and harassment” within the bounds of Parliament.

Again, the police were called in.

This time when it was discovered that the events luridly proclaimed involved incidents already long procedurally investigated and settled.

Curiously, and this also was overlooked, a search bar and its application was again involved, indirectly.

This is because had a search been conducted into the Parliamentary Services HR exception incidents archive, the existence of these cases and their procedural outcomes would have been revealed.

The issue remains that the contents of the 2019 Wellbeing Budget, the nation’s first branded budget, became subsumed by the combined drama that attained hysterical levels over these two incidents.

Embedded in all this remains the issue of how Parliament and the government as a whole has the capability to administer its own accelerating matrix of inclusion, diversity, and social equality, and do so without diluting operational efficiencies.

For example, and in quite recent times, one government agency propounded a scheme of the type calculated to sidestep the distracting morality fervour that so spoiled the release of the government’s own landmark and emblematic budget.

This was by promulgating a keep-your-distance edict in which male staff were required to literally ensure that at all times they kept themselves at arms length from their female counterparts.

At first opposition to this scheme focussed on personal-space necessary infringement occasions such as handing over paper documents, positioning oneself in a lift, sharing a car, participating in a queue, seated at a conference…….

The scheme however ultimately dissolved in a morass of gender boundary eroding initialism characterised today in, for example, LGBTQ2+.

Bluntly, in terms of literal situational ethics alone it had become impossible to define who needed to keep their distance from whom.

HR specialists, psychologists, counsellors abound in the Parliamentary Precinct, so do consultants in areas such as gender and bias studies.

The two torrid events of budget week, the pre-release of the budget itself, and the weirdly-timed release of the official report on bullying and harassment within Parliament, share in common the need for comprehension of the nature of administrative computing.

Such a comprehension would have lowered the temperature of the budget leak episode.

A simple search into the archive would have revealed that the headline incidents in the bullying and harassment disclosure had already been resolved internally.

A curiosity about these fringe budget events was the manifestly excitable behaviour of several of the parliamentary protagonists.

Parliament deliberately advancing itself as the showcase for workplace social justice activism seems a factor underpinning the anything but calming response to the bullying /harassment report which in its broadcast form pictured parliament actively digging for its dirty linen and then, on discovering it, waving it from its rooftop.

Similarly we can now understand how this same posturing has degraded performance in managing its own publicly accessible departmental networks.

Candidates for senior jobs in government information technology are frequently selected on their ability to promote social equity instead of on their proven ability to deliver area digital services.