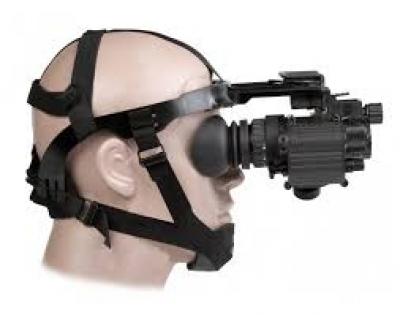 The Kabul evacuation shows hallmarks of a very large scale endeavour that veered sharply onto an unanticipated course. The most obvious sign is that nobody wants to be responsible for it, or own it. This was demonstrated by key people being on holiday at the time.

This distancing from a dodgy project was also evident in the absence of any geographical central point of control such as a situation room.

A common factor in all very large scale debacles is that of the creeping assumption. There is growing evidence that project component members of the Kabul evacuation assumed that other component member groups were effective when we can now see that they were not.

An overriding ingredient to a failed large scale project is that those responsible for its execution refused to carry bad news all the way to the top. The vulnerability of the county-size Kabul city airport is one example here. It was inadequate to the task.

Very large scale projects that go off-course are prone to a self-infused sense of optimism which tends to grow with the importance of the project and which continue through to testing. The belief, one based solely on hope, that the Taliban would cooperate with the evacuation timetable remains the outstanding example.

At some stage very large projects become prone to a distraction. In the private sector this is often due to government intervention in some form. In this instance the government provided its own distraction to its own project.

The round robin collective letter to the US Administration from retired flag officers points out the “divisive” effect of what amounted to the ill-timed launch of what it described as a “wokist” agenda.

Distancing became the trade mark of the evacuation. We can see now how those in nominal control of events placed themselves in the position in which if it worked, they could claim the plaudits. If it didn’t, then their operational connection with events would be seen as tenuous enough to deflect collecting the blame.

They had good reason for ambivalence. The evacuation lacked the two essentials of any military process of any size at all. These are surprise and deception. These two tactical aces were left exclusively to the Taliban to implement as strategies.

Contingency increasingly looks as if was missing too. So was simple office-grade information technology which should have used Afghanistan’s relatively advanced telecommunications network in a pre-planned evacuation roster notification process.

An example of such a standard public point-to-multipoint phased process is the vaccination notification roster used now in NATO countries.

A quarter of Afghans were routine cell phone users and these were exactly the interpreters and other officials who needed to be on such a critical roster alert, one that chimed with a pre-planned flight schedule. No such basic coordinated IT alerting system seems to have been used.

In management terms the US-led NATO operation was a consortium. Information sharing was a pre-requisite and as it turned out incredibly all-embracing in that it in corporate terms it was shared also and intentionally with the enemy the Taliban, the competition.

We are now routinely reminded that all the abandoned NATO heavy duty aircraft have been rendered unusable.

Might not these have been instead just as easily folded into a coordinated evacuation procedure and simply flown to one of the in-range NATO friendly countries complete with passengers, evacuees?

Official statements have similarly focussed on the beyond-repair abandoned wheeled and tracked terrestrial vehicles. This emphasis on heavy armour obscures the much greater value to the insurgents of lighter, very useable, and much more mobile and thus much more useful spoils of war.

NATO’s failure to blow its dumps can be tied to NATO’s failure to act on its own intelligence. Even if this was realistic in its interpretation of what was likely to happen it re-emerged operationally in corporate marketing format as a politicised message of hope characterised by the military evacuating itself first instead of last.

Neither can the evacuation be compared to Saigon. Then the timetable, the initiative, was in the hands of the enemy in Hanoi which forced it on South Vietnam..

In Kabul in contrast setting the timetable was in the hands of the defenders in the form of the US-led NATO alliance.

The United States reputation for method and order rested on its ability to bring to bear on any operation a concentrated array of specialist manpower and their accompanying technology.

The Afghanistan experience indicates that it can no longer do this and that its allies are going to have to factor this realisation into joint operations.

The dissenting retired military brass in their critique probably come closest to the explanation in blaming the affair on deliberately divisive doctrines prioritising the very disunity of purpose that became so evident in the evacuation of Afghanistan.