Harry and Meghan are Professional Victims 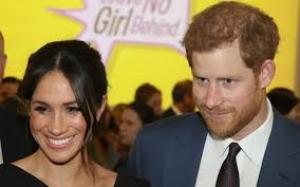 The reason why Prince Charles and Prince William felt compelled to put some distance between they and runaway royal Prince Harry was that they are terrified about what he will pass onto his wife, Meghan Duchess of Sussex.

Ardent believers in the Green Revolution the three, Charles, William and Harry, share an ideology as well as blood. So how did it come to this? The answer is that Harry upon his marriage to Meghan bought deeply into the new victim culture.

His conversion into the victim culture led him into race and thus into the one movement, the most sensitive of all, that the royal family by its own behaviour had up to that moment avoided becoming embroiled in.

At their pomp and circumstance wedding the royal family was convinced that the marriage would ensure that they stayed clear of it for ever.

In the event it was the wedding that saw the royals irrevocably stained by it. Far from being insurance against race smearing, Meghan instead plunged the royal family head first into it.

By now in full victimhood Harry and Meghan held forth before Oprah in their famous double act blending the two, race and victimhood, into a televisual cocktail.

Since the start of the last century the royal family has primarily been in the business of caring, and being seen to care. This purpose was exemplified by Her Majesty the Queen Mother during World War 2, notably in her refusal to let the royals flee the blitzed London. Diana was another natural exponent in her devotion to off-beat causes such as AIDS and land mines.

Charles found a broad gauge caring outlet in matters of the environment most controversially in architecture before establishing himself as a green revolutionary, and he encouraged his two sons to follow him down this planetary saving path, which they did.

But at no stage did any member of the royal family establish themselves as a cause which is exactly what happened when in the tripartite Oprah show Meghan and Harry declared themselves as personifying race and victimhood.

These are the twin horses of the contemporary cultural apocalypse and it was for fear of further feeding these horses that Charles and William were compelled to avoid one-on-ones with their errant brother and son.

They knew that Meghan would pump her hapless husband for the finer details of the exchange and after that what? Another session with Oprah?

Much of today’s mass culture is still composed on screen and print of families coping with the unexpected and often the result of some terrible accident or the impact of something outside the familial control.

Harry’s segue into Hollywood was unexpected, but manageable. His dramatic entry before a global audience into full membership of the outrage industry was unexpected and unmanageable. Unexpected because his family had imagined that there would be a publicity armistice while his grandfather the Duke of Edinburgh lay on his deathbed.

The fact that the duo went ahead anyway with their victim statement shook the royal family if only by its timing.

Amid the British upper class and upper middle class there has been since the 1960s a reverse snobbery in which the privileged seek to portray themselves as hard done-by. Prince Charles is an example here with his references to his Spartan years at the progressive Gordonstoun school. Actually, his contemporaries point out, the pupils were far removed from the rigours that the prince describes.

We can go back further than this to Harry’s great uncle Edward V111 of Abdication fame who deliberately modified his tones into a near Cockney.

Tony Blair a product of a school even more rarified than Gordonstoun is said to have abraded his accent so that it chimed with his political career.

The syndrome in which those with a comfortable way of life seek to identify with those enduring less fortunate backgrounds is the cause of our times. It becomes supercharged when it takes to the streets giving vent to the cherished class belief that the privileged are responsible for the plight of the less privileged.

Nobody expected Harry to take to the streets on this one. He turned up instead on the broadcasting channels.

Until the “step back” from his royal duties Harry was regarded as a nincompoop though a well-intentioned one. He is now in a new guise which is that of a feral creature who if aroused will with his partner turn on his family wreaking further vengeance.

In establishing themselves as professional victims Harry and Meghan have introduced the equivalent of several new university degree courses in such fields as sociology and media studies and at a pinch in constitutional studies too. 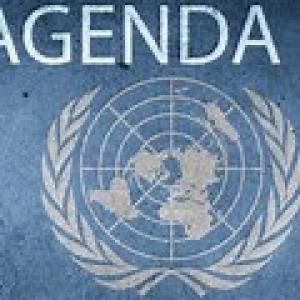