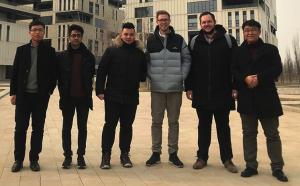 Waikato business leader Kiri Goulter has been appointed to the Waikato Institute of Technology (Wintec) Council. 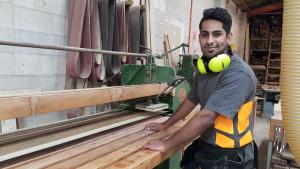 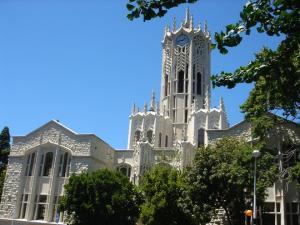 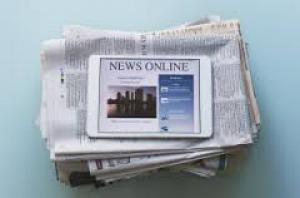 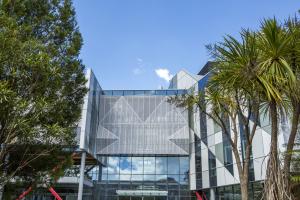 Feb 15, 2018  -  The Prime Minister Jacinda Ardern has officially opened the new Ernest Rutherford building at the University of Canterbury (UC). 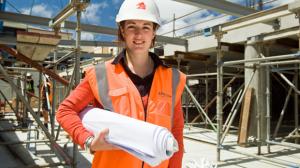 Dec 21, 2017  -  Construction is one of New Zealand’s biggest industries and predicted to grow for some time to come. Large and increasingly sophisticated building projects need well trained and qualified staff to run smoothly and efficiently - or risk costly mistakes.  Ara Institute of Canterbury has responded to this increasing complexity in the construction sector by launching new qualifications that prepare graduates with the critical thinking skills and initiative to lead the way as construction managers and quantity surveyors. The new Bachelor of Construction, specialising in construction management or quantity surveying, and Graduate Diplomas in Quantity Surveying (QS) and Construction Management (CM) (Level 7) have been approved by NZQA and are awaiting final approval from TEC to commence in 2018. Programme Leader at Ara Keith Power has many years of experience in quantity surveying and in teaching. “The construction industry told us this is what they need,” he said. “Construction is changing very rapidly with new technology and systems. Construction companies are increasing their productivity on increasingly complex jobs. Staff need to be better equipped for the future.” “Most of the construction company employers, and a lot of their staff, have passed through Ara or its predecessor CPIT. We are trusted to train quantity surveyors and construction managers for the realities of the construction industry. Running a building site, or managing the cost of a project, means dealing with the materials, staff, sub-contractors and technology – it is increasingly innovative, and there are new ways of setting projects up from the very start. Our qualifications take graduates a step further to really future proof their work with courses such as advanced contracting and law, cost planning and BIM (Building Information Modelling), property development, plus elective choices that allow students to choose the specialised areas they would like to explore.” The new qualifications are flexible to allow for part time study while working by using a blended delivery approach with online learning and two-day block courses. Full time study is also available using work-integrated industry placements to provide students with experience in an industry setting. Ara will continue to offer the New Zealand Diploma in Construction and Power expects many diploma graduates to upgrade to the degree. Those qualified in other areas, such as civil engineering, can enrol in the graduate diploma to move into specialising in CM or QS. It worth investing in upskilling, he says. “There are excellent employment prospects in QS and CM. The construction industry has moved on from the boom and bust, cyclical nature of the past, to steadier workflows forecast for the future.” For more information go to www.ara.ac.nz or phone 0800 24 24 76. 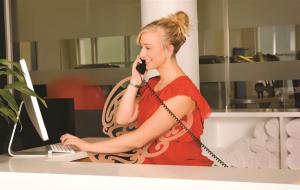 The qualification Skills Active delivers is specifically designed to suit people who work in a wide range of office administration and business roles within the sport, recreation and performing arts industries.

Officially launched on December 8, this is the first of Skill's Active's new business suite of qualifications.

Chief executive, Grant Davidson, is proud that the organisation is able to offer this nationally-recognised business qualification, which will provide value across all of Skills Active's industries.

"In all of our industries, the customer is key. Therefore, it is a natural fit for us to offer a qualification that develops an individual's customer service, technology and business administration skills," Dr Davidson says.

"Skilled staff with strengths in these areas will allow a workplace to run more smoothly, which in turn will provide a better experience for the customer."

The qualification is a 60-credit package and includes tasks around: planning for your success, producing business documents; data processing to produce business information; and providing administration support.

The qualification is estimated to take around eight months to complete for a person newly entering their role.

The qualification costs $650 + GST. This price includes all fees, assessment costs, access to Skills Active’s learning support staff, and all online tools and useful study materials in one space.

With a high volume of interest already, Dr Davidson encourages anyone who is working in business and office administration roles in the sport, recreation or performing arts industries to sign up to this qualification.

"Doing this qualification while on-the-job gives you the opportunity to learn crucial business administration skills that are directly relevant to your role. The knowledge and skills you gain will enhance your confidence and increase your productivity within the workplace.” 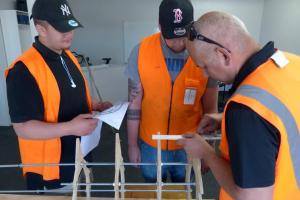 Dec 15, 2017  -  When six Wintec Māori and Pasifika engineering students volunteered for work experience at Longveld recently, they got to work on a very special project. Together they have made the framework for Hamilton’s Matariki Interactive Waka sculpture.

The work undertaken by the students on the waka ‘skeleton’ complemented their trade training as it required them to weld and assist with cutting steel while experiencing a real-world workplace.

Longveld directors Pam and Les Roa launched their business with little more than a toolbox, a welder and some great trade skills in the early 90s. They celebrate innovation and believe very strongly in culture and wellbeing. Their adoption of mātauranga Māori principles added a welcoming, cultural dimension to the students’ experience.

“We’re no strangers to interesting projects, in fact at Longveld we relish the challenge. To work with students who are embarking on a career in engineering, and at the same time help to create something that is so culturally significant for our community, is really inspiring for our team,” says Pam.

The students have been mentored by Longveld engineer Jemoal Lassey who says he has a new respect for teaching and learning.

“Upskilling these students, who I hope will become part of a new generation of engineers, was a reminder of how important it is to get the basics right, learn by doing and to ask questions along the way and challenge better ways of doing things,” says Jemoal.

“I can’t say enough how awesome it is that Longveld are involved and through this project they are mentoring our students. It was just wonderful to walk in there and see how they’re getting top-level mentorship in making a prototype that informs the cladding process,” says Joe.

“It’s real hands-on stuff. What’s particularly cool is the way I’m learning from the students, as they could tell me what the hard parts were and what they think needs to be done next.

“The next part will be working on the illuminated access hatches, which need to be integrated into the cladding design.”

Looking ahead, there are exciting plans for the Matariki Interactive Waka project as the sculpture nears completion in time for a June 2018 installation at Hamilton’s Ferrybank. Wintec media arts, business and IT students will work together to create an app with the sensor data from the waka project. Sustainable energy options have been researched by Wintec electrical engineering students and next year will see their implementation, using solar and wind solutions.

BackgroundThe multidisciplinary Matariki Interactive Waka project was developed by Wintec tutor and PhD candidate Joe Citizen. Joe envisaged this project as a public art installation that encompassed many of the disciplines and values related to his research.

The seven metre tall interactive sculpture is being built with a stainless-steel skeleton and clad in 3mm corten plate, and will utilise an interactive design that engages with the seven stars of Matariki through LED lighting and ambient soundtracks. The interactive sculpture will be activated by movement and its environmental sensor network will operate at dawn and dusk.

The sculpture will be situated at Hamilton’s Ferrybank, having gained unanimous consent from the Hamilton City Council at both its concept and siting stages. It is a collaborative, consultative, multidisciplinary partnership with Wintec’s researchers, Media Arts, IT and Māori Achievement teams, guided by Wintec kaumātua Tame Pokaia.

Current industry partnerships include Longveld, ACLX, and Taranaki-based MechEng. More than $100,000 of funding has been secured so far, with donations, grants, and in-kind support received from Perry Group, Trust Waikato, WEL Trust, Longveld and Wintec.