Sir Ray Avery reckons we all start life with 30,000 days. By his calculation he has 4795 left so there is still a chance for him to leave a legacy from the whole country, he reckons

Asthma management updateThe Asthma and Respiratory Foundation NZ has launched an update to the 'My Asthma' app to help keep asthma management simple for the many kiwi families that have members with this condition.

This is a supplied media release. Newly appointed general maanger Rowland Ong has extensive experience in food and supplement manufacturing, including holding senior management and consulting roles within New Zealand's complementary medicines / health supplement industry for over a … 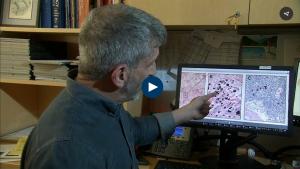 EuroNews - Researchers believe they have discovered a new organ. And it could be the body's biggest.  Researchers from New York University's School of Medicine are calling it the "interstitium."

Mar 19, 2018  -   A New Zealand company has created a world-first artificial intelligence (AI) medical platform for medical researchers and clinicians to create AI to auto-diagnose a large range of diseases based on a single photograph. 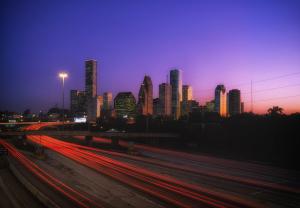 A Callaghan Innovation fact-finding mission next week to the world’s largest life sciences campus is part of a strategy to elevate the burgeoning New Zealand medical technology sector onto the global stage.  Mike Brown, co-founder of wearable bladder sensor start-up Uri-Go, will be among a group of New Zealand innovators heading to the world’s most significant medical technology complex for the first time.

Feb 12, 2018  - The demand for portable operating departments to ease hospital surgical strain is growing substantially, Mobile Health chief executive Mark Eager says.   Over the Christmas break, Mobile Health’s surgical bus unit was busy working in Auckland at the Counties District Health Board as an extra theatre helping them to get through their elective surgery lists, Eager says. 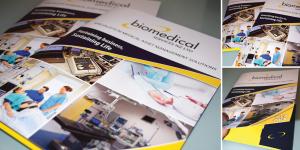 Jan 16, 2018  -  Biomedical Services New Zealand is an enduring example of a public sector enterprise offshoot that shares premium resources and brings scale to the application of skills that are always in short supply.  It is a wholly-owned subsidiary of the Wairarapa District Health Board which is responsible for the Masterton Hospital. 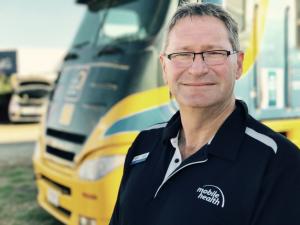 Dec 13, 2017 - The national surgical bus, possibly the only one of its type in the world, is looking for a significant change next year to keep up with demands and with high technology.  Mobile Health chief executive Mark Eager says they are assessing cutting-edge new technologies with portable and modular healthcare facilities to help district health boards cope when they are under pressure and to assist in smaller towns and rural areas. “We are making substantial bright new changes next year but also continuing with our mobile surgical bus all over New Zealand,” Eager says. “We will be introducing an online interactive learning system and we will also be helping a nationwide stocktake of telehealth and all the facilities for the benefit of all Kiwis. “We are probably the only mobile surgical bus in the world. There are others that are on the road for months at a time. There is one container truck that looks like a food delivery truck in Ecuador which works for a few months a year. “But ours it unique in the way that we operate. It is an amazing concept and a great way of sharing an expensive resource. What we do saves $2 million a year in each town on capital costs, if they had to build a similar facility from scratch. “The bus is getting a new look over Christmas. So, we are excited for Kiwis who need the service next year. Mobile Health will also be working with health organisations to bring another Health Hub to Fieldays 2018. “Our annual rural nurses meeting will be staged in May. This is a great opportunity for rural nurses to expand their knowledge and catch up with one another. “This year we had our first education session via video conferencing with nurses on the Chatham Islands. We will continue to look at remote locations to bring to help our rural health development.” New Zealand’s mobile surgical bus marked its 15-year anniversary earlier this year after more than 21,300 operations in 24 towns. The mobile operating theatre marked its first day of surgery at Te Puia Springs, 100km north of Gisborne back on March 8, 2002. An independent health consultants report has found up to 300 patients annually would probably miss out on surgery if was not for the mobile surgical unit, with its state-of-the-art surgical operating theatre. The bus receives $4 million annually from the Ministry of Health. The bus runs on a five-week rotation system around New Zealand, carrying out operations at Kaikohe, Dargaville, Warkworth, Pukekohe, Te Puia, Wairoa, Taumarunui, Waipukurau, Taihape, Hawera, Levin, Dannevirke, Kapiti, Featherston, Takaka, Motueka, Buller, Waikari, Rangiora, Oamaru, Clyde, Queenstown, Balclutha and Gore. “The reason why the bus exists is to deliver care closer to home which is in line with the government policy. It also helps with recruitment and retention of health professionals in rural towns. We provide low risk day surgery in rural communities that don’t have local access to full operating theatres. “Patients are referred by their doctor to their district health board which places them on the surgical bus operating list. The bus delivers surgeries such as general surgery, children’s general anaesthetic dental, gynaecology, colonoscopy and minor orthopaedic operations. “The clinical team is made up of five teams, with a charge nurse, an anaesthetic tech and a driver on a five-week schedule. Each day they’re joined by an anaesthetist, surgeon and four nursing staff from the local town.”

Nov 30, 2017  -  (BusinessDesk) - BioNona, which markets skin treatment creams developed by biochemist and chief executive Iona Weir, says it has gained US Food and Drug Administration approval for its Atopis eczema cream treatment, giving it access to a market worth as much as US$6 billion.

It marks the first such FDA approval for a New Zealand-developed over-the-counter (OTC) pharmaceutical skincare cream and is a culmination of more than 30 years of research and pharmaceutical development by Auckland scientist Weir, whose other projects have included the kiwifruit-based Phloe laxative product produced by Vital Foods Processors, where Weir was chief scientific officer until 2014.

Weir said the US market for OTC eczema creams amounts to about US$2 billion, or one-third of the total market. BioNona plans to sell online via Amazon on its eczema treatments page which only allows FDA-approved products. She said in the US about 50 percent of OTC sales now occur online through approved USFDA outlets such as Amazon.

"I suspect it will be our biggest product, though consumers use the eczema cream and then buy the other products," she said. "So it is more of a lead product that draws consumers in."

The Atopis eczema cream is already for sale but to date has been marketed as Dry Itchy Skin Relief Cream. The FDA approval means they can be re-branded as an eczema treatment. BioNona plans to seek FDA approval for its acne-prone skin care next, Weir said.

According to BioNona's website, Atopis contains myriphytase, a patented novel compound "developed for use in the treatment of eczema, psoriasis and acne." Myriphytaseis is created through a patented process called Peptilization, which "fuses together plant, bacterial and insect components."

The work grew out of Weir's Ph.D. in 1997 on programmed cell death in plants known as apoptosis. Her research showed apoptosis in plants was reversible, unlike in animals, and she was able to extract "critical reactions" in plants that could be put in a cream as a topical application for skin conditions in humans, such as eczema and acne. The extract encourages the body's immune response to attack affected areas and repair damaged cells, she told the International Conference on Clinical and Experimental Dermatology in Chicago last year.

The acne cream also contains the myriphytase extract "but it has gone through a different enzymatic fermentation reaction so that it has the bioactive properties required to treat acne," she said today.

Weir has a holding of about 33 percent in Decima Health, which owns the patents and did the research. Decima, in turn, owns 75 percent of BioNona, which was set up to handle manufacturing and distribution.

The company's chair is Paul Dallimore, who also owns about a third of Decima and was the original angel investor in the business, having been given a sample of the cream by Weir which he tried on a grandchild. Dallimore was the founder of National Property Trust and is chair of the Highgate Group.

Weir said the company hopes to have the eczema cream on sale to US consumers from the start of February next year.

Weir won an international award for her original Ph.D. and was able to continue her research with a grant from the Marsden Fund. A grant from Callaghan Innovation helped fund the double blind placebo controlled clinical trial completed by Southern Clinical Trials Group at the end of 2015.

(BusinessDesk receives funding to help cover the commercialisation of innovation from Callaghan Innovation.)