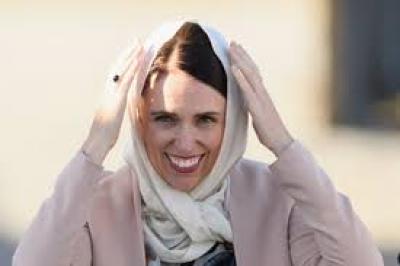 A high-minded and even higher profile policy against harassment and bullying has turned New Zealand’s Parliament House into a courthouse-cum -district attorney’s office.

It is filled with reviews, investigative panels, and inquiries and with the lawyers required to implement them.

All this can be sheeted home to the Labour-led governing coalition’s determination to settle bullying, harassment, and aggression claims internally as an alternative to referring them to the police.

Complainants, automatically described as “victims” or “survivors” in Labour coalition-speak, are equally wary because of the relationship between the government and the police.

The Scots procurator fiscal has the discretion to pursue alternatives free from political interference.

The procurator fiscal in Scotland is answerable to neither the police nor the government, but to the judiciary.

The fiscal as this office holder is known decides if there is a case to answer.

The role of the fiscal would have sidestepped the current bush-lawyering transitioning into an expanding bush fire.

This has been fed by a series of incidents since the Labour coalition took office.

The extent of the current frenzy can be gauged by the fact that it precipitated the resignation of the president of the Labour Party, an organisational figure critical to the Labour coalition’s victory in 2017 and as such an architect of the party’s successful positioning as the nation’s conscience.

This moral guardianship strategy soared globally as “#WeToo” when it was proclaimed to the United Nations general assembly.

She has become the lightning rod for all the accusations of moral slippage, human frailty, and backsliding that are part of the current charge and counter charges of the who-knew-what-and-when variety.

In the past the distaff section of the media especially has treated Ms Ardern and her lofty ideals with the sincerity with which they were uttered. No longer

This especially applies in the context of the excitable nature of people who tend to be drawn in the first place to politics.

Lawyers’ first duty is to the law.

In its parliamentary context the law currently is looking silly, if only because so many people who should know better are doing end runs around it.

A moral crusade which is what we are talking about here is necessarily driven by a fervour which in turns becomes hysteria on the stony path toward the grail of perfection.

New Zealand is prone to moral movements which quickly infuse the body politic, especially if there is international applause.

Handled deftly such movements will compensate for failures in other and applied conventional policies.

These movements are often associated with individuals who will assume a correspondingly saintly aura.

This one has been incarnated by the prime minister.