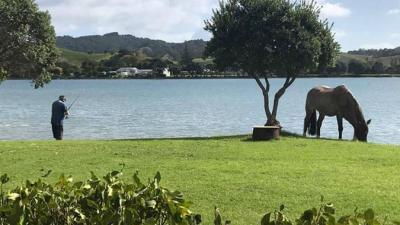 Winston Peters is already a considerable distance along the honorifics track that leads to the summit of attainment in the Commonwealth which is the House of Lords which is where you get true respect.

The Rt Hon. Winston Peters PC looks like a lord, sounds like one. He merely has to be elevated there on the recommendation of a friendly Prime Minister.

Too old? He is younger than United States president elect Jo Biden. He is in his prime by House of Lords age standards.

And yet…and yet…certain tumblers need to fall into place for this unlocking of the House of Lords portcullis. Here are some of them.

The Labour government must endure a drop in popularity.

The National Party meanwhile must sense a lift in its popularity. But not enough to swing it into the treasury benches. Not by itself.

Enough to persuade it though to open up a hidden political party front in the form of a scale-tipping coalition party partner.

Step forward now, dragged, as it will be said, out of retirement, Winston Raymond Peters PC.

All is forgiven. He rallies now his dispersed forces by clearly enunciating policies for the common people.

He sets sail into this last glorious career sunset. His compass is adjusted to keep him well clear on this voyage of the rocks such as those represented by the cultural elites with their perilously submerged global ambitions of the type evoking distrust among his old base.

Sails are trimmed. The Winston Winning party re-connects with the salt of the earth electors, shoals of them. It floats across the line. It quickly coalesces with the National Party to form a doable majority….a government.

Now for the monarchist Mr Peters to collect on this notional arrangement. It is known that the Palace is in full support of the ennoblement of its old ally.

It is but a short hop from Wellington to Westminster for the new life peer Lord Peters of Northland. No need for a by-election. Someone on the Winston Winning list simply slips in to fill his slot

There is just one other pre-requisite to open this last yet golden door of opportunity for the constant campaigner.

It is that the ACT party declares that it will not coalesce with National under any circumstances or at any time. Not ever.

It is now that the National Party might just see in Mr Peters the rallying point of the required potential coalition partner party.

A few months ago at the general election his followers slipped out of the Peters net and swum away nobody is still quite sure exactly where.

Except that it was not back to the National Party, their original home.

As he flails away at his Northland fishing waters this is the demographic that Mr Peters might just be invited to re-catch and then this time replace it securely back into the National Party keep net.

Then onward and upward to his reward which is on the cross benches of the House of Lords.

Safely removed from meddling in party politics, as his National Party coalition partners might see it…... a world away, in fact.

Mr Peters in his revolving door political career might from time to time have considered returning to the law and there taking silk, becoming a Queens Councillor, a QC.

Now Winston Peters armed already with the office of Privy Councillor and thus technically already an adviser to Her Majesty is so primed under this chain of possibilities to shoulder the ermine of the House of Lords.