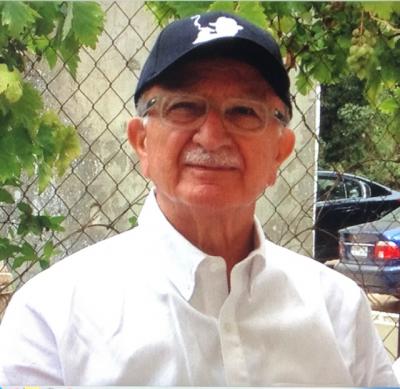 Meguerditch Bouldokian is the Middle East’s leading eye on New Zealand. He has some surprising answers to our five questions:-

There is now this intense wariness, suspicion about China. Australia has torn up for example its Belt and Road trade deal with China. How much of this do you attribute to Covid?

There is Australia’s position on a number of strategic issues including insisting that the World Health Organisation conduct a proper inquiry into the origins of COVID- 19. Then you have its criticism of China’s actions in Hong Kong. These have clouded its relationship with China and triggered a growing list of export restrictions in return. China asserts that Australia is dumping and generally subsidizing many of its exports. So there are these tariffs on wine, barley and all the other disputes in trade relations including non-tariff obstacles such as China insisting ironically on hygiene, pest and health certificates.

We now find Australia concerned too about its future relationship with the World Trade Organisation in resolving trade disputes with neighbours, although its record with WTO has been more wins than losses.

It has problems too incidentally with New Zealand in using biosafety measures to keep NZ apples out of their market. Compliance with the rules of WTO must not be undermined if it has to benefit from globalization and not accumulating souring relationships with WTO partners.

New Zealand has banned oil exploration and will turn off its natural gas to comply with United Nations targets. This must be good news for the Middle East?

Consider this. If this sector is allowed to grow unrestrained then it will take investment away from other areas of your economy. I refer to the other industries and agriculture, which make 58% - 65% of the GDP and 70% of exports earnings. NZ growth rate is 2.8% compared to Canada 1.9% and Australia 2.2%. New Zealand is routinely cited to be the fifth richest country in the world.

Regarding the issue of banning New Zealand’s oil exploration and turning off natural gas to comply with UN targets this might be good news for not only for the Middle Eastern Gulf states, but also Russia, Azerbaijan and other natural gas producers worldwide.

In my opinion, this is a good measure for the benefit of New Zealand in the medium and long run because the unforeseen benefit is the way in which investment which might otherwise have gone into trying to compete with these oil and gas producers will now be diverted into premium sectors in which New Zealand is much more competitive.

Still, we are left with the fact that countries such as New Zealand and Australia have their exports dangerously weighted on China. Is there any alternative?

Both countries must initiate and search for new alternatives, while keeping a neutral balance between its Eastern

neighbours and Western alliances. What is short in China and Russia is Western style education in economics finance, banking and social sciences. Exports to China from NZ, was USD 17 billion in 2020 while Australia came second, Japan third, USA fourth, and the Republic of Korea fifth.

It is much the same with Australia. Interrelationships and interconnections can improve the future general relationships of NZ and Australia with China in the long run. China is a neighbour after all. The issue of alternatives is a long term one which needs a thorough study of the economic and financial sectors among the three countries in question. Interestingly this is one area in which my advisory group is routinely asked to evaluate and report on.

We recently saw New Zealand’s dairy cooperative take a large shareholding in a Chinese dairy company and lose the investment. Is bank exchange protocol the only way to deal securely with China?

Yes, a bank exchange protocol is a better way to deal securely with China. The three countries we are discussing are members of ICC (International Chamber of Commerce, in Paris). It has its Arbitration Department which solves any issue of its members including the case you have described. I am a member of ICC Paris Financial Crime Risk & Policy Group and I would be delighted to help if this kind of problem recurs. There is usually room for arbitration, at some point.

Which nation frightens you the most: Russia or China?

Neither. Each country has its problems to resolve. China has apparently the internal issues of Hong Kong, the Uighurs and Taiwan. Then external issues of its defence, space technology, and an opaque position of its human rights most recently with Philippines, which advises China to mind its own business over maritime exercises. China’s expansionist adventure in African countries is over-stretching its forces as it seeks raw materials, especially coal, iron ore and oil derivatives.

Also there remains its Belt and Road trade plan, which requires immense resources for it to be successful in the long run.

As to Russia, it has its internal and external problems notably in the CIS countries. The former communist countries are being aroused for the Moslem religion. This is and with ever increasing intensity being enflamed by Turkey and the Moslem states in the Gulf.

Then there is the internal opposition against president Putin in Chechenia along with the continuing Ukrainian imbroglio over Crimea. Externally there is Russia’s and Japan’s complicated relationship over Kuril Islands near Kamchatka and also Russia’s strained relationships with Europe and the US Administration.

Underpinning all this is that its economic position has not been developed like the China’s. During the past 30 years China’s economic performance averaged a yearly 8% growth rate, while Russia, after the fall of communism in 1990 had nothing to match economic progress like China under Deng Xiaoping.

Gorbachev’s reforms plans of Perestroika and Glasnost came late. Brejnev was too dogmatic and there was a failure to emulate or even observe the Chinese reform plans of Deng Xiaoping.

More in this category: « Harry and Meghan are Professional Victims BBC Diana Skulduggery threatens United Nations Activism »
back to top
May 01, 2018