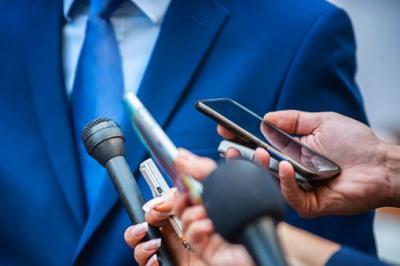 Auckland is a merchant city and New Zealand’s largest metropolis. Many of its more prosperous and educated citizens were thrilled when Maori phrases and words were routinely inserted into official situation reports on the virus threat and even to the extent of a new name for their city, a Maori one.

They assumed that this display of diversity-in-difficulty was also a sign that politicians and public health officials had an operational plan for a by now obviously vulnerable segment of the public health community.

It turned out that they had no such plan. The liberal use of Maori in situation reports and press conferences was symbolic rather than applied.

As these same urban privileged with holiday homes and skiing trips already booked found themselves absolutely grounded during the extended Auckland region pandemic territorial lockdown there came a chilling realisation.

It was that the government, so outwardly vocally aware of this vulnerable population group, had not positioned its health services to cope with this same group’s obvious frailty in terms of infection.

The impression, a false one as it turned out, that the Labour government had the matter well in hand was only merely being implicitly reinforced by the health officials giving their televised situation reports and routinely injecting into press conferences Maori place names and location descriptions hitherto unknown to the public at large.

In the middle of all this came the announcement of a re-structuring of the nation’s health apparatus in which the 20 district health boards were to be centralised.

This explained why the biggest boards, the ones in and around Auckland, had had their attentions deflected from reaching the sector likely to be most prone to the Wuhan virus.

Professional managers in the path of this upheaval now found that they had an additional and severe problem to deal with in addition to the existing one of the pandemic. .

Upon the announcement of the planned realignment the leader of the opposition National Party Judith Collins announced that once in power she would reverse it. Especially the proposed Maori Health Authority part of it.

While all this was going on the government announced a scheme to take away control of water from municipal authorities while establishing ownership rights for Maori tribes.

No wonder that an impression had built up among Labour’s devoted Auckland urban privileged constituency that whatever the government did or did not have a handle on, it was most utterly focused on Maori needs in anything at all and especially in applied public health.

In practical terms the Labour government has made little impact with what it terms as its “deliveries” notably in tackling the house shortage so remarkable in a sparsely populated nation.

Its doctrinal stock-in-trade gloss though was sufficient to hold in a state of thrall the politico-media class along with the rest of the urban privileged.

A disappointment in the government’s ability to reinforce its flagship diversity doctrine with a practical and applied underpinning in the form of a different and tailored approach to countering and containing the virus for the diverse now dents this unquestioning devotion.