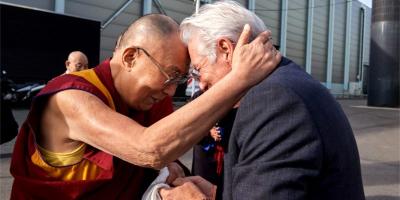 Beijing’s penetration of Hollywood means that the Dalai Lama and Tibet have been squeezed out of the global human rights discourse.

The Tibet issue is viewed by Beijing as the most sensitive of all its human rights liabilities.

Its new Hollywood hegemony has given Beijing this leverage because studios and network news broadcasting organisations are amalgamating. In this structure there is also print media.

Beijing’s silent yet effective control over the world box office was greatly aided by Hollywood’s unquestioning adhesion to international global cooperation organisations actually under the control of China.

The takeover also came about while the United States was distracted by other Beijing strategies such as the one to control the metals needed for the English-speaking zone’s Green “revolution.”

The rules of engagement between the Chinese Communist Party and Western entertainment and broadcast media is that Tibet is out of bounds, off-limits.

Twenty years ago the most storied figure in Hollywood was the exiled Dalai Lama celebrated in such blockbusters Seven Years in Tibet and Kundun.

Nowadays anything related to the Dalai Lama and the annexed Tibet is quietly spiked.

How did Washington allow China to steal such a march on it in such a key industry?

After all, it was known that China was following the pattern of its Far East neighbour Japan in targeting industrial sectors in order to dominate them.

This resource focussing had allowed Japan to take over in succession shipbuilding and then the automotive sector.

The curtain only in very recent times has gone up on China’s determination to be the world’s pre-eminent box office operator.

China has seeded thousands of movie theatres throughout its provinces, the better for its populace to appreciate China’s own output of patriotic movies and also to view Hollywood’s output providing that the content and those involved with making it meet approved standards.

Richard Gere (pictured with the Dalai Lama) was among the first to encounter this kind of disapproval especially when he publicly observed that the 2008 Beijing Summer Olympics signalled approval for the regime’s human rights record.

He also signalled the way in which Hollywood was becoming dependent on China in terms of distribution and also finance.

The fade out for the Dalai Lama in Hollywood and thus in United States can be dated from the mergers and acquisitions which saw the television channels, studios, and print media starting to share the same holding companies.

Hollywood’s view of China remains the bumper sticker notion that its ruling CCP lifted a quarter of the world’s population out of poverty and without any probing to the effect that it was the CCP that put them there in the first place.

This same CCP’s plan to mobilise this same proportion of the world’s population into the commanding movie market hid in plain sight.

The integration of movie making and television news broadcasting allied with global finance has made vulnerable the entire sector to China policies as the blackout on the Dalai Lama has revealed.

The Dalai Lama insists on describing himself a “simple monk,” and deliberately remains open on the matter of his being the last of this line of theocrats.

The problem is that the Panchen Lama disappeared days after he was selected by the Dalai Lama and is thought to be in China, adding weight to the assertion that the next in the line of succession will be chosen there too.

The CCP targeting of movie entertainment is now revealed as a keystone of another objective which is to boost consumer spending within China by flooding provincial district with movie theatres.

More in this category: « Australia Federal Electioneering Dominated by Doctrines from New Zealand Royal Dukes Blackmailed before Andrew »
back to top
Oct 10, 2018